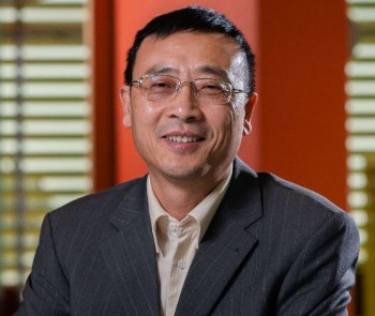 Lead researcher Dr Huade Guan who is an associate professor of hydrology. Supplied

A vegetation-mediated seesaw wetting-drying phenomenon between eastern and western Australia causes the strong variability in climate in Australia, scientists from the Flinders University claim.

They said the insight had come from two new studies of long-term hydro-climatic patterns which looked at extreme wet or dry weather and other conditions vital to water supply, agriculture, the environment and the nation's future.

"The seesaw phase seems to depend on the vegetation cover anomaly prior to the strong La Niña event, and can be explained by subsequent vegetation and soil moisture interactions," said lead researcher Dr Huade Guan, an associate professor of hydrology.

Co-author, Flinders University Professor Okke Batalaan, said: "This finding provides society with a valuable reference for managing forest, water, and disaster risks in the wake of the next strong La Niña-induced continent‐wide wetting in Australia."

Rainfall has as its source mostly evaporation from oceans. Hence the study of sea surface temperature variation – in the tropical Pacific in rhythm with the El Nino-Southern Oscillation, and in the northern Indian Ocean represented by the Indian Ocean Dipole – provides a lead-up of several months for predicting drought or wet conditions in Australia.

In another study that ran for more than a decade, researchers studied the effects of sea surface temperature variations in Southern Hemisphere oceans on rainfall in South Australia.

They found a seven-year lead ocean-atmosphere oscillation for precipitation patterns which could help prepare South Australia for future extreme weather conditions. The results were published as a paper in Frontiers in Earth Science.

"This long-running study, beginning with a postgraduate project by Dr C.P. Rofe in 2009, revealed a seven-year lag precipitation teleconnection — climate anomalies that are related to each other at long distances — with a large-scale ocean-atmosphere oscillation index known as Southern Annular Mode, or Antarctic Oscillation," Guan said.

“Focusing on this period, we were able to delineate an oceanic pathway showing how sea water temperature anomaly associated with the South Annual Mode propagated from the southern Pacific Ocean to South Australian seas in about 27 seasons," Guan said.

"This sea temperature anomaly propagation only existed in 1979-1998 when the Pacific Ocean was in a certain stage, known as the positive phase of Interdecadal Pacific Oscillation," he said.

With this teleconnection, the team successfully hindcasted the 1988 and 1999 droughts in SA without ambiguity with a seven-year lead time, Guan said, adding that the next positive phase of IPO would further test this theory to support water resource and agricultural planning in South Australia.

Hindcasting is a method of testing a mathematical model by using data from a past event.

The Earth's Future study confirmed four consecutive periods of seesaw wetting and drying between eastern and western Australia in the past five decades, based on analyses of GRACE satellite-derived terrestrial water storage and extended datasets by co-author and Flinders doctoral student Ajiao Chen.

"These findings support the idea of better stormwater harvesting and other environmental measures to prepare for a drying phase – and more disaster risk and adaptive land management in the wake of a strong La Niña induced continent-wide wetting in Australia," the researchers said.

"Reducing vegetation cover right after the wetting episode might reduce the risk of heatwaves and bushfires in the later dry stage," they added.

More in this category: « BoM says issues with textmode browser lynx fixed; no mention of others City of Sydney revises net zero carbon emissions target »
Share News tips for the iTWire Journalists? Your tip will be anonymous