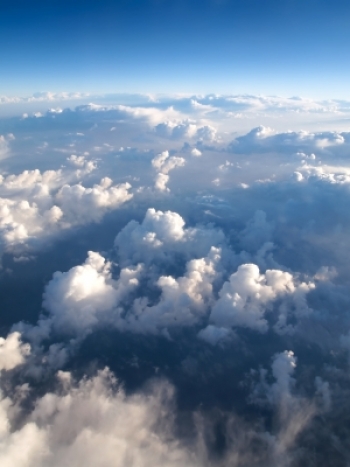 A national climate research centre is to be established in the Tasmanian capital of Hobart to focus on climate modelling and projections for Australia.

The new centre will operate as part of the CSIRO Oceans and Atmosphere, and has a guaranteed research capability for 10 years.

Australia’s Chief Scientist Dr Alan Finkel welcomed the CSIRO’s commitment to establish the Climate Science Centre with a core capability of 40 full-time scientists, saying he was “heartened that the Board of the CSIRO has resolved to guarantee the centre’s staffing levels and resources for the next ten years”.

The CSIRO’s chief executive Dr Larry Marshall said the organisation’s Strategy 2020 was focussed on “collaboration, global connection, excellent science and innovation – all four of these pillars are at work in this Centre”.

“As I indicated at the start of CSIRO’s current broader change process, it is critical that we retain the capability that underpins our national climate research effort.

“The announcement today is a culmination of the ongoing consultation and feedback we’ve had from our staff and stakeholders, and this new Centre is a reflection of the strong collaboration and support right across our system and the global community.”

Dr Marshall said collaboration and partnership will be a cornerstone of this decadal commitment for Australia and, in recognition of this, the Minister for Industry, Innovation and Science has agreed that an independent National Climate Science Advisory Committee will be established.

The Committee will have representation from CSIRO, the Bureau of Meteorology and other experts from Australia and overseas, and report at Ministerial level to inform the future direction of Australia’s climate science capability and research priorities.

Dr Marshall said that the CSIRO, working closely with the Bureau of Meteorology, is also planning to deepen its existing partnership with the UK Meteorology Office.

He said CSIRO will offer its “unique Southern Hemisphere” modelling capability and measurements to the UK’s global model, helping to build a model that is even more relevant for Australia and other Southern Hemisphere nations.
Dr Marshall also said all of the CSIRO’s critical measurement infrastructure, such as the ice and air libraries, ARGO float program and Cape Grim, will be guaranteed in the same manner as the other national facilities such as the RV Investigator, which is also centred in Hobart.

The chief scientist Dr Finkel also welcomed the establishment of the independent, Ministerial level, National Climate Science Advisory Committee that will advise on the national climate science research priorities. Supported by the Industry, Innovation and Science Minister and the Environment Minister, Dr Finkel said he expects it will have an independent Chair and will include representatives of the CSIRO, the Bureau of Meteorology, and other Australian and international experts.

Dr Finkel said Australia had a rich history in world-class climate research and its future was now on a much firmer footing.

“The creation of a national climate research centre is the right move for Australia and I congratulate all the parties involved.

“This announcement recognises the importance of climate research, in particular modelling and observations, to our science and our community.

“The new centre is a stable building block in this critical field, which will both inform national policy and meet our international obligations.

“Australia has a central role to play in understanding the climate of the Southern Hemisphere.”

Dr Finkel said he also welcomed the strong commitment of the CSIRO to climate science. “I also acknowledge the excellent advice provided by Rob Vertessy, the Director of the Bureau of Meteorology, by university leaders, academic leaders and other research organisations that led to the establishment of this collaborative and long-term centre.

“As I told a Senate Estimates hearing in February this year, Australia needs a continuous and highly effective commitment to climate science.”

More in this category: « Weather forecasting just got better- much better Konica Minolta makes the CDP Climate A List »
Share News tips for the iTWire Journalists? Your tip will be anonymous