Use your mobile to do something First 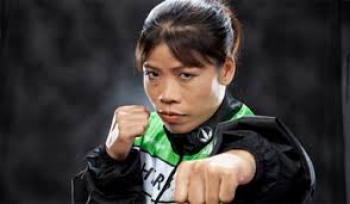 Vodafone has launched a program to encourage people to do ‘great things’ with their mobile phones.

Vodafone has launched the global ‘Vodafone Firsts’ program to ‘inspire people to do something remarkable for the first time using mobile technology.’

When Vodafone asked champion boxer Mary Kom what she wanted to do for the first time, she said she wanted to help women across India learn to defend themselves. Using mobile technology and connecting Kom with the right people, Vodafone is helping to make the 30-year-old Olympian’s ambition a reality. Vodafone is working with Kom to teach young women the mental and physical skills needed to improve their self-confidence and to defend themselves.

Leading big-wave British surfer Tom Lowe will use mobile technology to track down one of the world’s most dangerous waves, the Todos Santos wave at the northern tip of Baja California, Mexico. Vodafone will help him use a global ocean forecasting system on his tablet to help him locate the wave before jumping on to his surfboard and attempting to ride it.  Lowe, who believes he will be the first European to ride the wave, will travel by plane, car, boat, foot and surfboard to reach Todos Santos.

Vodafone is also helping South African musician Spoek Mathambo to achieve his dream of creating his first recording using collected audio samples from different cultural groups across South Africa. Mathambo embarked on a journey around the country, meeting and playing music with three distinctly different communities to produce one unified piece of music. Mathambo uploaded his musical collaborations on to the Vodafone Cloud. He then used the Vodacom network to connect to the cloud service and to contact his colleagues who were mixing the track back in his studio in Cape Town.

“Vodafone Firsts is about personal innovation and inspiring people to think in a new way. Mobile technology has changed our lives in a relatively short time frame, from being able to plan a journey in seconds to helping people achieve their ambitions, said Haase.”

More in this category: « Australia has highest wireless broadband penetration – OECD Turnbull’s Facebook session becomes an NBN free-for-all »
Share News tips for the iTWire Journalists? Your tip will be anonymous