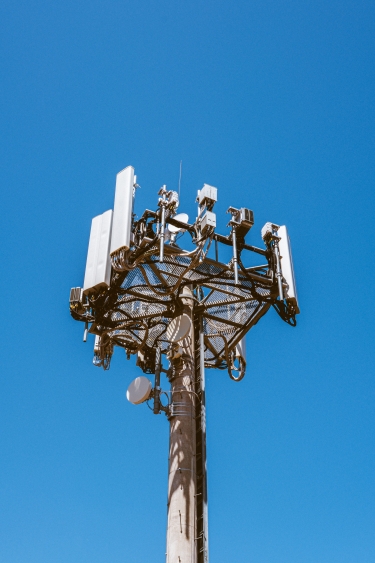 Telco giants TPG Telecom and Telstra have lodged submissions anew to the ACCC and cited competition experts in its report to rebut misleading and incorrect statements made by Optus in its submissions and recent advertising campaigns.

TPG Telecom responded to Optus’ criticisms, pointing out that the latter is terrified because the deal would bring choice and competition in Australia.

"It is deliberately twisting the facts to suit its own commercial agenda at the expense of TPG customers who should be allowed access to the superior regional mobile coverage enjoyed by Optus and Telstra customers,” TPG Telecom general James Rickards noted.

In another separate iTWire report, Rickards said the spectrum of both telcos will be pooled and shared for the benefit of their respective customers under the agreement.

TPG Telecom’s response
The new documents submitted to the competition body respond to Optus' claims, which continues to object to the network sharing agreement despite the overwhelming public support.

“The proposed transaction is not a “merger” and does not result in a “3 to 2” in regional areas,” the response read.

“The proposed transaction effectively increases the number of mobile network operators providing their own services in many regional and rural areas across Australia from 2 to 3 (and in a small number of instances from 1 to 2). The strong, near overwhelming, support of unaligned regional and rural stakeholder groups highlights a customer awareness of this competitive benefit.”

If the ACCC approves the network sharing deal, it will provide TPG and its family of mobile brands (including Vodafone, iiNet, TPG, Lebara, and felix) with access to five times more mobile sites than it currently has in regional areas.

This will more than double TPG’s geographic network to around 1.5 million square kilometres and boost its 4G mobile coverage to 98.8% of the population, the telco claimed.

Experts say the expanded coverage and availability of 4G and 5G technology to TPG customers is expected to be a boon for regional communities.

TPG Telecom cited the expertise of Richard Feasey who said the deal will make TPG a more effective competitor to both Telstra and Optus and lead downward pressure on pricing.

“It is clear that TPG will be a significantly closer competitor to Telstra under the merger than if sharing a network with Optus,” Feasey wrote in his latest submission.
“Competition between TPG and Telstra will also have indirect consequences for the competitive constraints which each impose on the prices that Optus can charge. In my view, the net effect of this will be that the ‘TPG effect’ will exert significant downward pressure on prices in the market.”

Aside from promoting competition, the sharing of assets and the expanded regional coverage of the TPG mobile network will deliver immediate benefits to regional Australia.

All users of the shared regional network will experience an increase in data speeds as a result of the pooling of TPG’s unused spectrum into the network.

Further, TPG’s more than five million mobile customers will have access to data, calls and messaging in large parts of Australia where they currently have no connectivity, serving as a lifeline in emergencies.

A report from Link Economics regulatory and competition expert Emma Ihaia notes public benefits of the proposed transaction could bring forward 5G network expansion, reduce mobile congestion in regional areas, and result in consumer benefits and GDP gains that could amount to billions of dollars over a ten-year period.

Ihaia reports that the network sharing agreement will help close the digital divide that exists between metro and regional Australia.

“By lessening the number of congested sites, the proposed transaction will help to close the gap between consumers and businesses in regional and remote areas, and their counterparts in metropolitan areas in terms of access to the benefits of mobile broadband,” Ihaia wrote in her submission.

The new expert reports are tilting in favour of the proposed network sharing agreement.

Narrabri Shire Council, Coonamble Shire Council, the Canberra Business Commerce, and the Australian Trucking Association are among the regional and national stakeholders backing the TPG Telecom and Telstra deal.

This first appeared in the subscription newsletter CommsWire on 9 September 2022.

Update as of 14 September:

This week, TPG Telecom CEO Iñaki Berroeta said the proposed deal with Telstra and TPG in regional Australia is essential for it to become a national competitor.

Telco challenger alliance Commpete disagrees with Berroeta's comments and believes if the deal is approved, it will stymie choice, competition, fair pricing and flexibility for Australians.

“This proposal further embeds Telstra’s dominance and control of both retail and wholesale markets nationwide. It is another lever which leads to further concentrated control for Telstra of the national mobile market without having the regulatory guardrails to guarantee value, flexibility and choice to all Australians.

As part of this deal, TPG receives a lucrative upfront, one-off cash payment from Telstra to hand over its spectrum covering outside the 17% zone for Telstra’s sole benefit. In return, the terms allow Telstra to break competition rules by owning 65-70% of regional spectrum holdings and this spectrum provides geographic access to consumers in excess of the isolated 17% zone both parties are advertising. This effectively circumvents spectrum limits imposed prior to the 850/900MHz auction of the 45% competition cap.

This deal - while attractive commercially to TPG in the immediate term - does not translate to the optimal solution for competition. In Commpete’s view, we should not let the current proposal proceed in its current form, as it’s not the optimal choice for our national mobile market and is certainly not in the long-term strategic interests of the Australian public.

That is the bigger picture for Australians and communications into the future. Australia needs regulated, national, wholesale access to support essential mobile services, which is increasingly playing a critical role both for digital innovation, and as an essential service.

Neutral host networks, on the other hand, are good for competition. Telstra has too long taken government subsidies in the bush, and not distributed to allow more open access distribution across the industry, more competition and better choices for Australians in the regions.

Commpete believes there is a high risk that both Telstra and TPG will seek to limit access to the RAN by MVNOs or to only provide access at greater costs. TPG receives an initial short-term cash injection, however it appears TPG is under both a fixed charge, and a consumption-based model (i.e. variable charge per user, per GB within the 17% Regional Coverage Zone and will want to pass them on wherever possible).

In other words, this baked-in pricing model is a red flag that the proposal is arguably imbalanced towards Telstra, and is not an incentive-based model to stimulate competition and deliver the optimal value, flexibility and choice to consumers.

In the future, TPG and all customers will have little choice of supplier and will be beholden to the commercial terms dictated by Telstra, and this will get passed down to the consumer. At that time, TPG will have less bargaining power, and Australian consumers on its network are under threat of being absorbed directly by Telstra in a single buyout, as a monopoly operator.

There is a genuine risk it would not be in Telstra’s nor TPG’s commercial interests to provide better access to wholesale access seekers (than the other is willing to provide) without regulation of wholesale access.

This is almost certain to stymie choice for Australians, who will miss out on the benefits of a competitive telecommunications market as it will further entrench ownership by a single, already dominant, market player – one that has already raised its mobile prices in recent months.”

More in this category: « Cyberlogic deploys backup service Kasten K10 by Veeam for Herotel Cellular ‘no signal’ problem persists, even in G7 countries: Opensignal »
Share News tips for the iTWire Journalists? Your tip will be anonymous