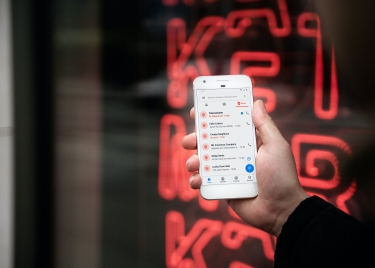 Telecommunications company Telstra claims to have blocked around 332 million incoming scam and potentially unwanted emails to Bigpond customers—over a third (38%) of all inbound email to Bigpond accounts. To put into context: Telstra blocks 7,600 emails every minute, based on January – October 2022 figure.

Over 166,000 scam reports were registered in the first nine months of the year, according to the ACCC’s Scamwatch.

The rising reports of scam-related incidences has drawn Telstra’s attention. As part of its Cleaner Pipes programme, Telstra claims detecting and blocking more email and SMS and phone call scams with more filters than ever.

How the technology works
So how does Telstra protect its customers from email scams? Here are the ways it implements its systems:

1. Reputation list filters – these are a big list of known “bad actors.” Telstra filters all email through these lists and if a delivery is attempted from a known suspicious source, it’s blocked before ever reaching Telstra’s email network.
2. Malicious attachment scanning – this is like an anti-virus software that all incoming email attachments get put through to check for potential viruses that could infect the recipient’s device. If one of these gets flagged, the email and attachment gets blocked.
3. Malicious link scanning – almost a combo of both list filtering and attachment scanning, Telstra checks any URL links in emails to see if they direct to a known scam website.

Suspected email scams are sent to the user’s junk folder.

Telstra does not block commercial messages from banks and other large businesses, government departments, emergency alerts and Telstra applications.

If spam or a suspected scam makes it through to the user’s main inbox, users can mark it as spam to improve Telstra’s filters.

Telstra advises users what to do if they spot a suspicious email:
1. Don’t reply to the email or open the links. If you accidentally click on a link before verifying it, don’t enter any information onto the website.
2. Pay close attention to the sender’s email address and any links in emails for anything that doesn’t look legitimate. It’s important to know the address can still be faked on some occasions, so make sure you double check another way too.
3. If you suspect an email is a phishing email and it contains information like an account number, cross check whether the details correspond with details on a previous official email or with MyTelstra for Telstra customers.
4. Be suspicious of unaddressed or generically addressed emails.
5. Finally, just listen to your gut. If something looks wrong or feels wrong – like typos across the text, colours that don’t seem quite right or an unexpected request for information – double and triple check it.

While Telstra’s filters protect customers from unwanted and malicious emails, they are not foolproof, Telstra admits.

Criminals evolve and find new ways to operate scams so users need to be alert to suspicious messages.

This first appeared in the subscription newsletter CommsWire on 29 November 2022.