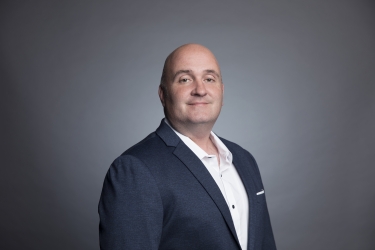 “The growth in customer receipts over the year shows the high demand for reliable, locally supported internet services in a post-pandemic hybrid working environment that remains resistant to pressures from increases in the cost of living,” commented Swoop CEO Alex West on the company’s year-on-year growth.

“It is expected from these cash flows and our unaudited results that our revenues will remain within our previously stated guidance of $50-$53 million, however we are expecting that we will be exceeding our EBITDA guidance of $12-12.5 million,” he added.

During the quarter Swoop acquired dark fibre network Luminet for $8 million. Further, the company signed a $32.1 million facilities agreement with Westpac, which will help it fund future acquisitions and put the company in a stronger position.

Swoop said this deal is set to be finalised by Q1 FY23, bringing the total number of acquisitions since listing on the ASX to eight.

“It is a testament to the amazing customer obsessed team here at Swoop that we have been able to deliver these results whilst also acquiring and integrating seven businesses combining a unique set of infrastructure-based customer offerings, with the announced acquisition of Moose Mobile expected to complete in the next quarter,” West said.

West projected that Swoop’s outlook for FY23 is “super strong with continuing integration delivering a more efficient business and a cost base largely unaffected by inflation, providing an essential service with high gross margins.”

Swoop lists the following highlights of Q4 and events subsequent to the quarter:

• Q4 receipts of $13.9 million and total second half receipts of $27.7 million, which is up 16.6% from total first half receipts of $23.7 million.
• Positive operating cash flows of $3 million for the quarter, which is up from $1.6 million the previous quarter, largely due to the timing of expenses.
• Services in Operation (SIO’s) at the end of Q4 increased to 38,582.
• The proportion of SIO’s which are On Net at the end of Q4 is 52%.
• Swoop now has 485 towers and masts across the country.
• Cash balance as at 30 June 2022 was $32 million.
• During the quarter, the company executed a facility agreement with Westpac for $32.1 million of funding to facilitate further growth and expansion.
• During the quarter, Swoop acquired Sydney-based dark fibre builder, owner and operator Luminet.
• Subsequent to Q4 the company announced it had entered into an agreement to acquire Queensland-based national mobile virtual network operator Moose Mobile.

Swoop also announced that the Federal Court proceedings between Swoop and Carray have been settled with both parties wishing each other well in the future.

This first appeared in the subscription newsletter CommsWire on 2 August 2022.