Starlink is the fastest provider in Oceania: Ookla 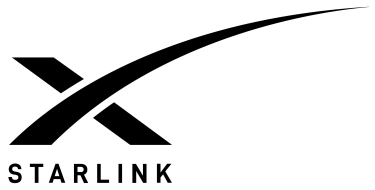 Starlink median download speeds dramatically increased from Q1 2021 to Q1 2022 in the US and Canada, according to Ookla’s Speedtest Intelligence. Starlink in Australia was the fastest provider in Oceania, it claimed.

In Canada, Starlink download speeds leapt at 58% from 61.84Mbps to 97.40Mbp during the same time period.

Median latency on Starlink marginally increased from 40 ms to 43 ms in the US and from 51 ms to 55 ms in Canada during the past year.

In Australia, Starlink recorded a download speed of 124.31Mbps, much faster than the fixed broadband at 50.87Mbps for download during Q1 2022.

Both speeds were still faster than Starlink’s median upload speeds in New Zealand and Australia (13.09Mbps and 11.71Mbps, respectively).

Fixed broadband also had a faster median latency than Starlink during Q1 2022, which clocked in at 47 ms in Australia and 78 ms in New Zealand.

Consumers are flocking to Starlink, but competitors are close behind
Ookla says Starlink’s low-earth orbit satellites (LEOs) provide a life-changing service for consumers in rural areas that might not otherwise have access to high-speed internet.

However, more companies are looking to compete with Starlink and launch their own LEO constellations, including Amazon’s Project Kuiper, which recently received FCC permission to test their own satellite service and is slated to launch later this year, and Viasat which is set to merge with Inmarsat and launch new constellations by 2023.

This first appeared in the subscription newsletter CommsWire on 29 June 2022.

BACK TO HOME PAGE
Published in Business Telecoms

More in this category: « Optus urges ACCC to oppose Telstra and TPG merger Ericsson and Ciena power Telstra’s optical network »
Share News tips for the iTWire Journalists? Your tip will be anonymous