SK Telecom to launch its metaverse platform in Europe 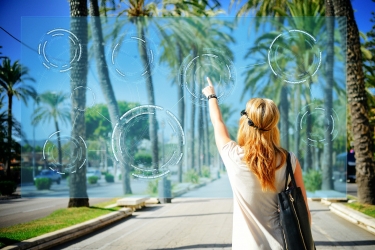 SK Telecom, touted to be the top mobile carrier in South Korea, has partnered with Europe’s largest telecom Deutsche Telekom to launch its metaverse platform in the region.

SK Telecom and Deutsche Telekom are planning to jointly test the marketability of ifland, the metaverse platform of the South Korean carrier, in various areas in Europe.

SK Telecom said in a statement the two companies will carry a field test for metaverse operations in Europe before the end of 2022. The Korea Herald reported that the telco premiered an international version of its ifland platform in March during the Mobile World Congress 2022.

The two companies are also eyeing to launch a metaverse business.

The two will also be working hand in hand in other businesses such as cybersecurity and social and governance sectors, SK Telecom said.

Prior to this joint venture, both companies have a history of collaboration. In January 2021, SK Telecom and Deutsche Telekom founded a 50:50 stake in 5G indoor wireless technology company Techmaker.

In Australia, interest in metaverse is gaining ground. According to a 2022 study conducted by Telsyte, one in three workers are willing to do meetings and training in the virtual-reality of the metaverse if companies allowed it.

This first appeared in the subscription newsletter CommsWire on 10 May 2022.

BACK TO HOME PAGE
Published in Business Telecoms

More in this category: « Nokia trials 600G transmission over 1008 km network using its coherent optics with Tim Italy to achieve spectral efficiency Vocus and Telstra improve internet coverage in Christmas Island »
Share News tips for the iTWire Journalists? Your tip will be anonymous