Lower switching costs a win for providers and consumers: study 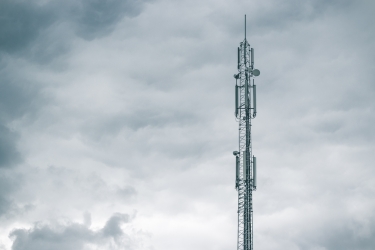 When telcos lower switching costs such as by letting customers retain their numbers when changing service providers, both customers and telcos benefit, according to a study conducted by National University of Singapore.

How the study was done
In the late 1990s, countries around the world started implementing number portability policies that enabled consumers to switch their service providers while keeping their contact numbers.

This was in the hope of increasing industry competition and reducing prices.

The study analysed data on 563 telcos across 178 countries from 2000 to 2017 and examined how firms’ pricing strategies and profits had changed in the aftermath of the number portability policy.

“The conventional wisdom among telecommunications managers at that time was that trapping customers through high switching costs was very profitable for companies and, for this reason, several of them opposed the introduction of portability policies. However, the data pointed to a different outcome,” commented National University of Singapore assistant professor Niloofar Abolfathi.

“Surprisingly, the number portability policy led to an increase in prices and firm profitability in the long run. For customers, number portability allowed them the convenience of retaining their numbers and, though they paid more for premium plans, they enjoyed better value as service providers became more competitive in that space,” Abolfathi said.

The average revenue per user increased by up to 16% in countries that implemented the policy due to a change in the telco’s business model.

Before number portability, in the presence of significant customer switching costs, firms develop business models that resemble funnels, designed to convert customers of a basic and inexpensive version—prepaid services—into adopters of an advanced and more profitable version—postpaid services, the study explained.

Since firms anticipate the margins imposed on captive customers buying the advanced version, they enter into a mutually destructive price battle for the basic version.

This business model softens the profitability of companies when widely adopted as it forces all competition into the narrow and less differentiated space of the basic-version market, making firms unable to exploit their superior differentiation in the advanced-version market.

When customer switching costs are lowered, there is an increase of about 13% of customers who move to the more expensive postpaid version, resulting in greater profitability for firms.

This is because customers are willing to sign longer-term contracts and choose more advanced or “premium” plans, knowing they can switch providers without penalty when they want to.

This shifts the competition into the more advanced segment and incentivises service providers to offer more value and differentiated propositions in this segment.

“Our paper suggests that strategies aimed at enhancing firm profitability exclusively through creating and maintaining customer frictions like high switching costs are generally not very effective in the face of competition. Indeed, customer frictions generate several unexpected side effects on firms’ profitability. The findings can likely extend beyond the telco industry to other industries that commonly see the conversion funnel business model, such as industries for software, mobile apps, cable TV and cars, as well as in developing countries, concluded National University Singapore assistant professor Simone Santamaria.

The researchers will next look at how the business models of companies interact with market frictions in different contexts and industries.

They published their findings in the Strategic Management Journal earlier this year.

This first appeared in the subscription newsletter CommsWire on 31 August 2022.

More in this category: « Optus expands connection reach in Monkey Mia Optus activates three towers in Queensland »
Share News tips for the iTWire Journalists? Your tip will be anonymous