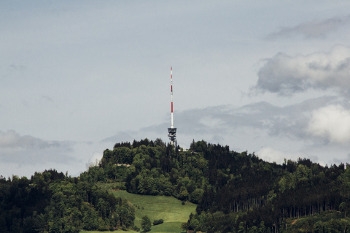 The California-based telecommunications company Avaya has filed for chapter 11 bankruptcy protection, according to a report in the Wall Street Journal.

The firm acted after it extended a string of 10 years of losses, the report said.

The company said in a media release that its foreign affiliates were not involved in the filing and would continue to operate as usual.

It said it had obtained a committed US$725 million debtor-in-possession loan underwritten by Citibank.

This was expected to provide enough liquidity during the chapter 11 process for its business operations and minimise disruption.

Last year, Avaya had said it was thinking of selling its call-centre business. That plan has now been put on hold.

Avaya is owned by Silver Lake and TPG Capital which took it private after buying the firm in 2007 for about US$8 billion.

The company was originally part of AT&T and sells phones and other telecommunications equipment, plus hardware and software used in call centres.

The WSJ report said the call-centre sale plan had stalled in December after Avaya failed to agree on terms with the private equity investment firm Clayton, Dubilier & Rice.

They were unable to agree on a price, the financial targets that had to be reached post-sale, and what services the call-centre unit and its parent would provide to each other after the deal was done.

Avaya then breached one condition of the agreement it has with lenders, namely the production of an audited financial report by end-2016. There was a 30-day grace period and as the end of this drew near, Avaya chose chapter 11 protection, the report said.

In its chapter 11 filing with the US Bankruptcy Court in New York, Avaya listed US$5.5 billion in assets and debts of US$6.3 billion.

More in this category: « Optus says it will expand 4G in Canberra Sprint wins damages from Time Warner over VoIP patents »
Share News tips for the iTWire Journalists? Your tip will be anonymous