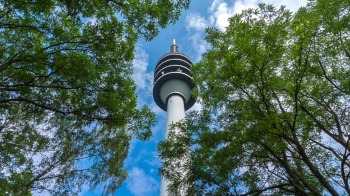 In a statement, the Vodafone Group, which owns 100% of Vodafone New Zealand, said once the sale was finalised, it would enter into a multi-year partner marketing arrangement which would included preferential roaming arrangements, access to Vodafone’s global Internet of Things platform and central procurement functions, plus a range of services for business and consumer markets.

In 2017, the Vodafone Group had attempted to sell Vodafone NZ to Sky Network Television for NZ$3.44 billion (US$2.3 billion) but failed to get the deal cleared due to monopoly concerns.

Across the Tasman, Vodafone Hutchison Australia has tried to merge with TPG Telecom but been blocked by the competition watchdog, the Australian Competition and Consumer Commission. The two companies are taking the matter to the Federal Court. The Vodafone Group owns 50% of VHA.

Vodafone NZ chief executive Jason Paris said: “It’s the absolute best of both worlds for customers. We’ve got the backing of two new world class and long-term investors, plus we can continue to tap into Vodafone’s global expertise, including all the services our customers value such as global roaming, global procurement and the world’s largest internet of things platform.

“The key things will stay the same – our strategy, our people, our management team, our brand, and our ability to tap into Vodafone’s global products and services.

"What changes is our owners, who back our ambitious plans for New Zealand and who share our views on the importance of creating sustainable, long-term profitability in order to reinvest in the future. So it really is the best of global and local.

“Customers will benefit as we look to maximise the opportunities presented by new and emerging technologies, such as IoT, 5G, artificial intelligence and data analytics. And we know we have a lot of work to do to deliver more consistent customer service so we’ll focus even more on getting it right for our customers, first time, every time.”

Infratil chief executive Marko Bogoievski said, “Infratil has a proven track record of establishing long-term partnerships to realise the growth potential of our investee companies, and we are particularly pleased to have secured this opportunity with Vodafone NZ.

"We are also excited to be introducing some local ownership, which will be important in terms of how we work together to grow the business over the coming years.”

Vodafone NZ had about two million mobile customers at the end of 2018.