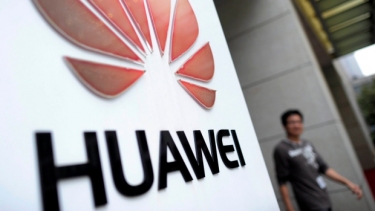 The United States blacklisting of Chinese telecom giant Huawei Technologies, barring the company from doing business with US tech companies, will not significantly impact the company’s revenues as it generates less than 1% of revenue from the US, says analytics firm GlobalData.

The US put China’s Huawei Technologies Co. on a blacklist in May last year, but according to GlobalData in spite of the ban on US exports starting in May, the company reported 18% jump in revenues to more than US$120 billion in 2019.

“Reportedly, Huawei generated 52% of its global revenue from its domestic market China in 2018. The Europe, the Middle East & Africa (EMEA) region accounted for 29% of revenue in the same year, as per its 2018 annual report,” notes GlobalData.

Kantipudi Pradeepthi, Research Analyst of Telecoms Market Data & Intelligence at GlobalData, says: “Europe is a key market for Huawei to deliver next generation 5G equipment. Huawei board member and senior vice president Catherine Chen said that so far Huawei won more than 50 worldwide 5G commercial contracts, of which 28 have been signed with European operators.”

“Initially, the European Union (EU) considered to ban Huawei due to pressure from the Trump administration. However, the EU countries later realised that banning Chinese companies for telecommunications equipment would add US$62bn to the cost of 5G and eventually delay technology by about 18 months,” says GlobalData.

“Now, the EU countries plan to ban Huawei from the core network infrastructure, but not from the 5G network radio component.

“In the Asia-Pacific region, Australia uses Huawei for 4G networks, but not for the core network. Australia’s Vodafone Hutchison stated that Huawei equipment will not be part of its 5G network, as it switches from Huawei to Nokia equipment. However, the operator’s radio access network (RAN) remains separate and standalone. The 4G average revenue per user (ARPU) in Australia is expected to increase from US$32.25 in 2018 to US$24.22 (sic) by the end of 2024,” GlobalData says.

According to GlobalData’s Asia-Pacific Mobile Broadband Forecast Pack, 5G is expected to hold 21.3% of the total subscription share in the region by the end of 2024. However, 4G will remain as the dominant leader during the forecast period, GlobalData forecasts.

“Huawei has identified cyber security as a major threat and to counter this risk it allocated US$2bn. Huawei opened the European Cyber Security Transparency Center in Brussels in March 2019. Competitive prices and technology give Huawei advantage over its 5G competitors such as Ericsson and Nokia,” says Kantipudi

“A rapid reconfiguration of supply chain has also allowed the company to shrug off the US sanctions. On the other hand, the world’s second-largest telecoms market India has recently permitted Huawei to participate in the trials of its 5G spectrum. As a result, the company may retain its position in the global telecom market in the near future.”

More in this category: « Dubber, Telstra ink deal on call recording services Huawei takes Verizon to court over patent infringement dispute »
Share News tips for the iTWire Journalists? Your tip will be anonymous