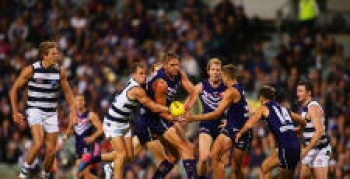 More minutes of AFL matches have been streamed than ever before according to Telstra which has revealed that 403 million minutes of football was streamed in the regular season 2019 - up 10% on last year.

Australia’s largest telco – the AFL’s digital rights partner - says its Tracker data reveals that the number of Telstra Live Pass subscribers has surpassed 3 million subscribers for the first time - reaching 3.2 million, up 29% on 2018.

And Collingwood was the most streamed team in 2019, with 57.4 million minutes of Pies’ games in 2019 watched through the AFL official app and Telstra Live Pass.

The streaming stats are for the regular home and away season only and don’t include the AFL finals currently underway.

Here’s the streaming stats released by the AFL:

Telstra Product & Technology Media Executive Rebecca Haagsma said Telstra was proud to use its network and leading technology to enhance the way people watch and interact with sports in Australia.

“The growth in subscribers and minutes streamed shows there is strong demand from fans to be able to watch sport on the go, when they aren’t able to get to the game or watch it on TV,” Haagsma said.

According to Telstra, 2019 has been it’s biggest year yet as digital rights partner of the AFL as well as the NRL, Netball Australia and the FFA, bringing nearly 850 games to its mobile customers and subscribers “live, fast, and data-free”.

Telstra says it has had a long association with professional sport in Australia and today is a key partner of the country’s leading codes, providing sponsorship, technology, and broadcast innovations that allow fans to stay connected, and get closer with news and insights at their fingertips.

And the telco says fans are also benefiting from the launch of Kayo Sports - available to Telstra customers to add to their monthly broadband or mobile service - which brings more than 50 sports live and on demand to more devices than just mobile, including AFL, NRL, cricket, football, rugby union, motorsports, basketball and tennis.

More in this category: « Singtel invests S$45 million in employee digital skills program Optus switches on another North Qld tower to boost mobile coverage in Bohle Plains »
Share News tips for the iTWire Journalists? Your tip will be anonymous