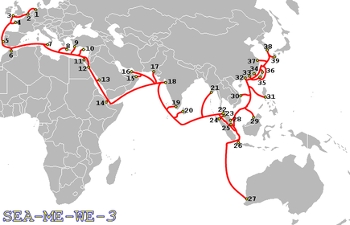 The SMW3 subsea cable between Perth and Singapore that services South East Asia, among other regions, has suffered a break with a repair date at least six weeks away.

As a result, TPG-owned broadband providers iiNet and Internode have been forced to re-route their services through their higher latency US connections.

Vocus has confirmed a cable break on the Perth to Singapore section on segment 3.3 between R345 and R346.

Describing the event as serious on its network status page, iiNet has advised that the estimated time of repair is 13 October. 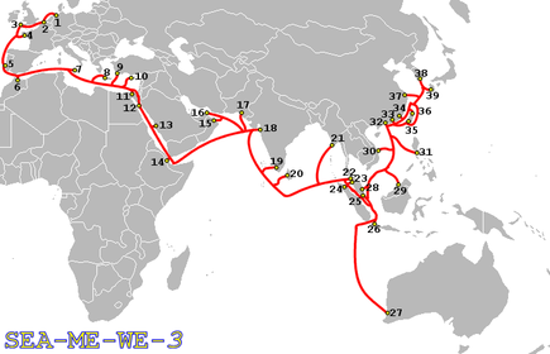 However, this date is also described as “tentative” and, based on the experience of previous cable breaks, the outage could be longer.

Perth-based iiNet and its South Australian subsidiary Internode were acquired by TPG in September 2015 for $1.56 billion.

Because of its location on the West coast of Australia, iiNet (and Internode) are heavy users of the SMW3 cable.

The break has meant that the two broadband providers have re-routed their Internet traffic through the US, which has slowed services for their customers.

“Customers will experience higher than expected latency and slower speeds to International sites in Asia,” iiNet says on its site.

In December 2016, Vocus announced that in conjunction with Alcatel Submarine Networks, it would build its own 4600km cable between Perth and Singapore, with a target completion date of August 2018.

More in this category: « Macquarie Telecom has another good year Vic Police radio jammed during chase in Sale »
Share News tips for the iTWire Journalists? Your tip will be anonymous