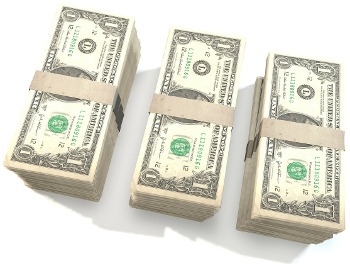 Google chief executive Sundar Pichai topped a list of executives from the pay TV, telecommunications and wireless industries as far as total compensation for 2016 was concerned, according to newly compiled figures.

The Fierce Wireless website, which said the figures for the top 25 highest paid executives were compiled from regulatory filings, had Pichai's total compensation for 2016 — the latest figures available — at a shade more than US$199 million, almost double what he made the previous year.

Apple chief executive Tim Cook was second on the list, but a good bit behind Pichai, with total compensation of US$145,000 in 2016.

Making up the top three was the chief executive of Charter, Tom Rutledge, who received US$98.5 million in 2016. John Bickham, chief operating officer at the same company, was compensated to the tune of US$47.4 million the same year.

There were just two women on the list, one being Ruth Porat, the chief financial officer of Alphabet, the parent company of Google. Her total compensation for 2016 was a shade over US$39 million.

The other was Angela Ahrendts, a senior vice-president at Apple, who received much lower compensation of US$22.9 million.

Bottom of the list was Marcelo Claure, the chief executive of Sprint, whose total compensation for last year was US$7.5 million.

The report said that many prominent names were not on the list; for example, Altice USA had not yet filed its list of executive pay, and Time Warner had been absorbed by Charter.

More in this category: « ACMA expects formal 5G standards by late-2018 Australia 'tells Solomons to drop cable project' after Huawei gets deal »
Share News tips for the iTWire Journalists? Your tip will be anonymous