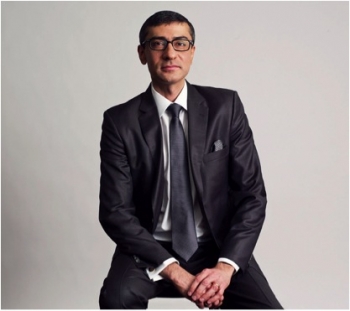 The CEO of Nokia has stated that jobs will go as a result of the recent merger between Nokia and French telecoms giant Alcatel Lucent.

Yle, Finland’s national public service broadcasting news service, has reported that Nokia chief executive Rajeev Suri (pictured) says that possible staff reductions would be implemented "efficiently, quickly and with a great deal of respect" - but that's it's still too early to tell where cuts would fall.

Suri said that Nokia had promised the markets it would obtain 900 million euros in synergies from the deal by 2018. He said that overlapping functions in areas such as procurement, mobile networks, sales and marketing and some corporate functions are to be streamlined.

"There will be some impact on head count overall on a global level. We have said 900 million euros of synergies and some of that will involve head count as well. But like I said it’s early days and we’ll find a way to do this as efficiently, quickly as possible and with a lot of respect as we move forward," Suri commented.

Employees in Finland have taken note of the fact that Nokia has given the French government an undertaking to protect French jobs for a two-year period following the consummation of the merger.

"We said that there would be shifts in that head count, there would be reductions in some of the corporate functions, there would be new hiring, and we’ll focus more on R&D. So even within France there will be changes and this was well understood by the government."

Personnel in France account for roughly 3.4 % of the combined companies’ global staff.

The CEO stressed that it is still early days in the integration process and not possible to describe the final impact on payrolls anywhere in the world.

"The global corporate functions will be here [Finland] and a lot of the activity will be here. This is an important place for us," Suri noted.

The biggest challenge of the ongoing year, according to Suri, will be the final integration of the two companies. He said that he wants to avoid the mistakes that were made when Nokia merged with Siemens.

"We have to focus on combining corporate cultures and understand the companies’ similarities and differences. We must make sure that politics doesn’t come into the picture. I don’t like it and I won’t allow it," he said.

Rumours about this merger stared back in September 2013, when the business and financial daily the Wall Street Journal reported that Nokia was interested in acquiring Alcatel – Lucent as a means of strengthening its networks business, once it sells off its mobile phone business to Microsoft.

Alcatel was then in a weak financial position as a result of stiff competition from Chinese competitors ZTE and Huawei.

It was expected that a combined Nokia and Alcatel would present a formidable challenge not only to the Chinese, but also to the Swedish company Ericsson.

Rajeev was appointed CEO for Nokia 1st May 2014, with his reported primary responsibility being the ‘restructuring of the entire business including a 5 billion Euro capital improvement program.

At the time this was said to include stock buybacks, dividend boost as well as debt reduction.

It was less than a year later in April 2015, when Nokia announced its acquisition of Alcatel-Lucent for 15.6 billion euros in an all-stock deal aimed at strengthening the company's position in the telecom equipment market.

More in this category: « Alcatel-Lucent Enterprise OpenTouch UC now for SMBs Omni-channel contact is a paradigm shift »
Share News tips for the iTWire Journalists? Your tip will be anonymous