Microsoft and the smart bra, what’s next! 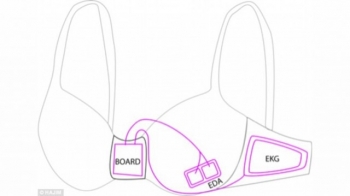 Surprise, surprise, Microsoft looks to be moving into the women’s lingerie market with a nice over the shoulder twist of technology. And, it might be good for women's health too.

Well, maybe not really the lingerie market, but advertising industry publication, AdNews, told us yesterday about a report – in a popular US technology publication - about Microsoft’s development of a new form of wearable technology – a bra that can warn you you’re about to emotionally eat.

According to AdNews, the New York-based online publication, Mashable, reveals that a team from Microsoft, the University of Rochester and the University of Southampton has developed a smart bra to address the problem of emotional eating, otherwise known as ‘non-homeostatic eating’.

The bra, according to the report, has a series of sensors which can measure a person's emotional mood and how likely they are to reach for the cookie jar. The sensors will have learned from information input by users through a specially built smartphone app called EmoTree.

And, apparently if your smart bra can sense you're at risk of emotional eating, it will automatically send a message to your phone about the danger, with testing showing the bra was 75% accurate at identifying the right emotional mood.

The report says that only women were part of the study but men will be included as Microsoft moves towards sensor bracelets.

More in this category: « Software spending hits high note as business updates technology CommVault's 'free taste' of cloud backup »
BACK TO HOME PAGE
back to top