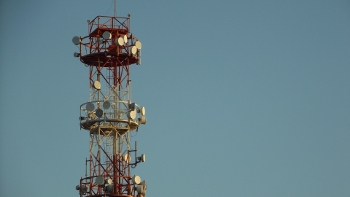 The Australian Labor Party has adopted a wait-and-see policy on the decision by the competition regulator not to declare wholesale mobile roaming and open up telecommunications to greater market competition.

The draft decision, released by the Australian Competition and Consumer Commission on Friday, drew an angry reaction from Vodafone and the Competitive Carriers’ Coalition, both of whom accuse the ACCC of continuing to do nothing while Telstra uses its monopoly power to “over-charge consumers and undermine national telecoms competition”.

Labor's shadow communications minister Michelle Rowland and shadow minister for regional services Stephen Jones said in a joint statement that the party would be "reviewing... (the) draft decision closely and will await final determination".

The Labor statement examined both sides of the equation but said very little to indicate where the party would come down after the ACCC's final determination which is expected by mid-year.

"In making this decision the ACCC has sought to balance the importance of preserving commercial incentives to invest in regional infrastructure, with ensuring competitive pressure supports efficient operation of the mobile market," the two shadow ministers said.

"The ACCC identified serious concerns that a roaming declaration may dilute incentives for companies to invest in infrastructure and mobile coverage in the bush. This would not be in the interests of rural and regional Australia."

They accused the Coalition government of creating the conditions that had aggravated the existing regulatory tensions.

"This government’s haste and incompetence in locking down an inappropriate commercial co-location framework for 500 taxpayer-funded Mobile Black Spot towers threw fuel onto an issue that didn’t need to be fanned," Rowland and Jones claimed.

"Malcolm Turnbull and the Nationals had the opportunity to get the Black Spot programme right, but like everything else they have made a mess of it.

"Just like when they sold out the bush on the privatisation of Telstra, the Nationals have again sold out to Malcolm Turnbull on the rollout of a second-rate NBN.

"Malcolm Turnbull's hypocrisy on rural and remote broadband access is legendary. He went from opposing Labor's NBN satellites as 'wasteful spending' to lauding them as a 'game changer'. Now he's stuffing up the satellite connection service and letting down rural and regional consumers."