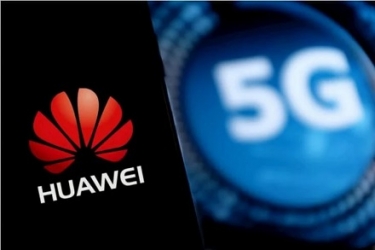 Chinese smartphone firm Huawei is leading the worldwide active 5G-ready devices market with a share of 26.9% globally during the fourth quarter of 2020, but with Samsung and other device manufacturers nipping at its heels, according to a new report.

Analysis of the global 5G devices market by Finbold shows that South Korean giant Samsung ranks a close second with a share of 25.1%, while Apple accounts for 19.5%.

And Vivo, another Chinese firm, controls a share of 11.8%, with Honor accounting for 6.9% of the active 5G-ready devices.

“We also compared the market share of 5G-ready devices between Samsung and Huawei from August 2020 to December 2020. The findings show that Samsung dominated the share for the four months before December.

According to Finbold, market leader Huawei has an advantage by serving an extensive domestic market, keeping at bay rivals like Samsung and Apple, whose aim also entails penetrating the Chinese market.

“Compared to competitors, Huawei has risen to the top despite earlier concerns of using counterfeit products in 5G devices. Since the 5G take-off began, Huawei has also invested heavily in its research and development team responsible for exploring market needs and new opportunities.”

Finbold comments that like other industries, most of the manufacturers were impacted by Covid-19 disruption that affected global supply - however, Huawei appears to have “sustained the downturn after China controlled the pandemic early, unlike competitors in the west, which entered the pandemic’s second wave towards Q4”.

“Elsewhere, the company had to fight off concerns from the United States government over spying allegations. Then-President Donald Trump encouraged U.S. allies in Europe to abandon Huawei equipment in manufacturing 5G-ready devices, spelling doom for the firm. Huawei’s progress in the U.S. was also clipped due to the US-China trade wars.”

On Apple, Finbold says the company lags behind the two Asian manufacturers in what is termed as a “late entry into the 5G revolution” - however, it was expected that once the firm unveils compatible devices, it will ”immediately compete with the Asian rivals”.

“Interestingly, with just a single 5G-ready device release, Apple ranks third, offering a glimpse of what to expect in the future.

“After President Trump rallied American companies to step up and compete with Huawei on offering 5G services, Apple rose to the occasion.

“The absence of a significant U.S. alternative to foreign suppliers of 5G networking equipment offered Huawei an easy playing field to advance its dominance. The situation contributed to the evolution of Huawei as one of the world’s biggest 5G equipment suppliers, sparking fears in the U.S.

“However, it is not certain how long Huawei will hold the top spot considering other competitors like Apple are catching up. Although Samsung trails Huawei, its share among 5G-ready devices is significant, and the Chinese manufacturer is not guaranteed the top spot.

More in this category: « Sensis sold to Thryv for $250 million Huawei plans to net more than US$1b from 5G patents between 2019-21 »
Share News tips for the iTWire Journalists? Your tip will be anonymous