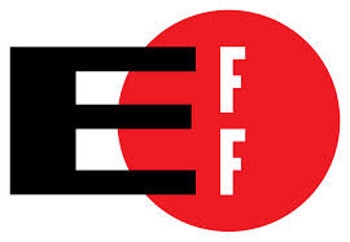 The Electronic Frontier Foundation, an US non-profit that campaigns for digital civil rights, has filed an amicus brief in the US Supreme Court in support of Google's bid to overturn a ruling that made APIs copyrightable.

The brief has been filed on behalf of 77 computer scientists, including a number of big names.

Google has appealed to the US Supreme Court to have the ruling that APIs can be copyrighted, which was rendered by the Court of Appeals for the Federal Circuit in favour of Oracle, reversed.

The original case was filed by Oracle against Google, back in 2010. Oracle had accused Google of copying Java application programming interface (API) designs into the APIs of its Android mobile operating system; basing Android class libraries on Java API designs; and copying from Java code into Android code.

It had also alleged that Google had violated its patents - seven were originally cited, but five of these were overturned before the trial, hence only two were considered.

The trial began on April 16, 2012, and in the first phase, the jury concluded that while Google was guilty of copyright violation, it could not decide whether this was covered by the principle of fair use or not. The second phase of the trial, dealing with patents, went decisively in favour of Google, with the jury concluding that Oracle's patents were in no way violated. In the final phase of the trial, Justice William Alsup ruled that APIs were not copyrightable.

But Oracle then appealed the ruling on APIs and in May this year obtained a ruling reversal.

"The Federal Circuit's decision was wrong and dangerous for technological innovation," EFF intellectual property director Corynne McSherry was quoted as saying in a media release. "Excluding APIs from copyright protection has been essential to the development of modern computers and the internet. The ruling is bad law, and bad policy."

The EFF said the brief explained that the freedom to re-implement and extend existing APIs had been the key to competition and progress in both hardware and software development. It had made possible the emergence and success of many robust industries now taken for granted — for example, mainframes, PCs, and workstations/servers — by ensuring that competitors could challenge established players and advance the state of the art.

The appeal is unlikely to be heard until next year.