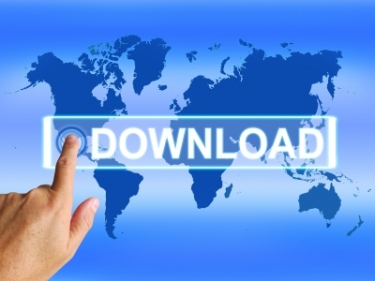 Australians are spending less time talking on their mobile phones and downloading substantially more data than they were even a year ago, according to Australia’s competition regulator, the ACCC.

The rapid take-up of streaming services such as Netflix, Stan, Optus Sport and Kayo Sports contributed to a 47% jump in data downloads over the year, with fixed broadband services accounting for 88% of all data downloaded.

The report by the Australian Competition and Consumer Commission shows how Australians’ communication methods are changing, as minutes spent using traditional voice services on mobile phones dropped the first time over the year, reflecting the increasing use of social media and over-the-top services like Facebook Messenger, WhatsApp and Viber.

At the same time, the proportion of Australians who solely rely on mobile services for broadband is declining, dropping from 23% in 2014 to 16% in 2019, according to the Australian Communications and Media Authority (ACMA).

“A jump to more than half of all plans offering unlimited plans in just five years really is a sign of the times.

“The quality of Australia’s communications services is also improving, allowing more of us to use and enjoy data-heavy activities like streaming in high definition.

“This trend is likely to be further boosted during 2019-20 with the entry of new competitors such as Disney+ and Apple TV+.”

The ACCC report notes investments in mobile networks, particularly with 5G, may bring stronger network-based competition to the NBN - however, the scale of 5G deployment is still uncertain in the short term as some of the future-use cases of 5G (e.g. network slicing and mass machine-to-machine connectivity) are less clear.

Average real prices for mobile phone services dropped by 6.6% during the year, while fixed broadband prices fell by 1.5% .

According to the ACCC, these annual price decreases are slightly below the average price reductions experienced over the past five years, which were 7.5% for mobile phone services and 2.3% for fixed broadband.

And while average prices continued to decline, the ACCC has observed a reduction in the number of affordable entry-level plans available on the market, also noting that these are being withdrawn in favour of higher priced plans with more inclusions.

“While competition and investment is giving consumers better value in terms of higher quality services for their money, consumers who do not want ‘bells and whistles’ are struggling to find cheap, entry level, fixed broadband and voice products,” Sims said.

“Although the very recent changes to NBN Co’s products and pricing are helpful, the ACCC is continuing to consider whether further action is needed to make sure consumers aren’t worse off when they switch to the NBN.”

By 30 June 2019, 5.5 million NBN services were in operation, as the NBN overtook legacy DSL and HFC networks as the primary fixed-line access network in Australia.

“Market shares for NBN services have continued to shift as customers living in metro areas generally stay with their same provider when migrating from and cable services. As a consequence, Telstra’s share of NBN access services was less than 50% with potential for this trend to continue as the NBN rollout is completed,” Sims said.

“As the NBN rollout concludes, we will continue to help ensure Australians benefit from this investment.

“In particular, we are keen to ensure that NBN Co and retail service providers have incentives to upgrade and fix infrastructure where it is not meeting consumers’ needs and expectations.”

The ACCC says it remained active in seeking better outcomes for telecommunications consumers during 2018-19.

“At a wholesale level, we have successfully advocated for lower entry level prices for NBN services and improving NBN service standards through 2019-20,” Sims said.

“We’ve also been helping consumers with guidance around speed claims, transparency and competition through our Measuring Broadband Australia program, and taking enforcement action when needed.”
Consumer complaints to the ACCC and the Telecommunications Industry Ombudsman remain high, with many relating to connection and service quality issues.”