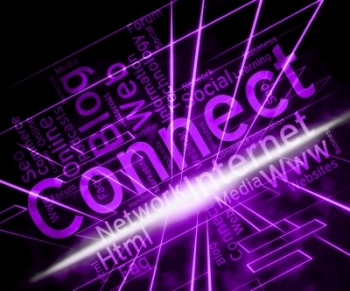 Two in five Australians (46%) are interested in connecting their tablets to mobile networks, especially if it can be connected using a mobile data sharing plan, according to a new forecast from technology analyst firm Telsyte.

Telsyte forecasts around 1.5 million tablets will be sold in the second half of 2019 - a decrease of 5% on the same period last year – and expects similar trends to continue into 2020 due to prolonging replacement cycles, and other devices such as 5G smartphones and wearables taking a greater share of consumer electronics spending.

But, according to Telsyte, the continued improvement of wireless connectivity such as 5G, Wi-Fi 6 and eSIMs, are expected to drive future tablet upgrades.

Currently there are around 10 tablets and 2-in-1s with eSIM support from manufacturers such as Apple, HP, Lenovo, Microsoft and Samsung, and Telsyte anticipates this will increase substantially over the next 24 months.

Telsyte’s research found around 1 in 6 tablets purchased were through carrier channels and just over two million tablets are connected to mobile networks.

Telsyte notes that the Australian tablet market continues to transition towards 2-in-1s or computers that can either function as a slate or traditional laptop form factor.

And sales of Android tablets were down 28% over the same period, while the top three vendors during the period remained Apple, Samsung and Microsoft.

Telsyte’s study found that sales of the smaller 8-inch tablet form factor saw a “mini boom” in the first half of the year (up 16% from 1H18) due to the release of 2019 iPad mini, which was last released in September 2015.

On the other end of the spectrum, Telsyte says interest in high-end 2-in-1s has increased the average cost of tablets by 17 percent (to over $800) from a year ago.

And according to Telsyte, the overall tablet computer category will likely experience modest demand in the second half of 2019 through to 2020.

The 2-in-1 category is expected to continue growing as manufacturers position their products as replacements for PCs and focus on the business and education sectors, Telsyte forecasts.

Telsyte’s study also found nearly 4 million (3.9m) Australians are now using a 2-in-1. While Windows still dominates with 65 per cent share, Telsyte expects the share of 2-in-1 iPads to increase with the expanded range of new iPads which support Apple’s ‘Smart Keyboard’.

“The slate-only format is rapidly being replaced by 2-in-1s as Australians seek to replace older laptops and tablets with converged touchscreen devices with keyboards,” Telsyte Senior Analyst, Alvin Lee says.