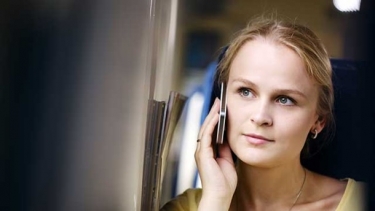 A new standard to mandate stronger identity verification processes before mobile numbers can be ported is being introduced in Australia as the Australian Communications and Media Authority (ACMA) steps up its fight against mobile number fraud.

Mobile number fraud is a form of identity theft where scammers steal a person’s personal details to gain control of their mobile phone number.

ACMA Authority member Fiona Cameron said mobile number fraud is a serious issue that can cause significant harm to victims.

“The process will now require multifactor authentication, where a consumer must respond to the telco to confirm they have authorised the transfer.

“This new standard is a strong step forward in the battle against criminals who scam mobile phone users and will significantly reduce the prevalence of mobile fraud.
“The new rules commence on 30 April 2020 and the ACMA will be actively monitoring compliance so that consumers can continue to use their mobile phones with confidence,” Cameron said.

The action by the ACMA comes at the direction of the Australian Government which issued a formal direction to the Authority to make and introduce the new rules as part of measures to clamp down on the practice of mobile identity fraud.

An industry standard is an enforceable legislative instrument with enforcement options under the Telecommunications Act 1997 including remedial directions and civil penalties of up to $250,000.

“Mobile providers will have until 30 April 2020 to comply with the ACMA’s new standard designed to protect Australians from fraud and identity theft,” Minister for communications Paul Fletcher said.

“I thank the mobile providers that have already put these measures in place and I make it very clear that I expect the others to comply with the standard by the end of April.”

The ACMA says it is working actively to combat scams over Australian telecommunications networks, and in November it released the Combating Scams Action Plan which announced the commencement of trials for scam-reduction initiatives.

The Australian Communications Consumer Action Network (ACCAN) has welcomed the announcement of additional identity checks as a “positive step” towards protecting mobile phone users against scammers.

“This is a serious issue that causes significant harm to people all across Australia,” said ACCAN CEO, Teresa Corbin.

“The ACMA’s action is a much-needed first step towards stopping scammers and protecting mobile phone users.

“The risk of up to $250,000 in fines should act as a deterrent to any telco who may have weak identity verification practices.”

Corbin said that while ACCAN is broadly supportive of the Standard, there are still further opportunities to strengthen porting processes.

“Requiring all telcos to use multifactor authentication before they port a mobile number is a good idea, however, it’s important that this two-step process is secure. SMS messages aren’t secure enough to prevent fraudulent mobile
number porting,” Corbin said.

“We’d like to see the ACMA require telcos to use highly secure forms of verification such as hardware or software authentication tokens which are generated with a mobile app. We’ve already seen some government services adopt this approach through the development of the myGov Code Generator app.”

Welcoming the new measures, Jones said: “We are pleased to see our systemic investigation work informing this regulatory action. The telecommunications industry has worked hard over the last year to address the security risks associated with mobile number theft.

“When fraud happens the impact on consumers is significant. It is important identity verification procedures keep up with evolving technological risks and strike the right balance between accessibility and security. The ACMA’s new Standard is a welcome layer of consumer protection to combat telco fraud.”