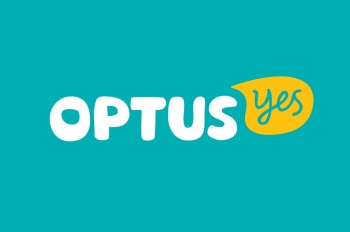 Optus has been fined $1.5 million in the Federal Court for misleading customers by telling them their services would be disconnected if they did not move from its HFC network to the national broadband network.

Optus told 14,000 of its customers, during the period from October 2015 to March 2017, that their Internet services would be disconnected — in as little as 30 days in some cases — unless they transitioned to an NBN plan.

The company took the action despite the fact that under the terms of its contract it could not force disconnection within the timeframe it claimed.

Optus also made misleading representations to customers that they had to sign up to Optus’ NBN services, when they could have chosen any Internet service provider.

Optus was entitled to receive migration payments from NBN Co for each of its customers that moved from the Optus HFC network to an NBN-based service, and obtaining payments became part of Optus’ annual financial targets and was referred to by Optus as “bounty”.

The competition watchdog — the Australian Competition and Consumer Commission — instituted proceedings against Optus in December 2017.

Optus benefited by around $750,000 as a result of the conduct and, since the ACCC investigation started, the company has paid $833,000 in compensation to affected customers.

“Optus pressured customers by misrepresenting the time period in which services could be disconnected,” ACCC chairman Rod Sims said.

“Businesses should not make false representations which distort customers’ decision making.  This is particularly important when many Australians are moving to the NBN for the first time.

“It is illegal for businesses to mislead their customers and create a false impression through their communications. Today’s penalty serves as a warning to all businesses that such behaviour will be met with ACCC action.”

Optus has acknowledged in a written statement issued on Wednesday that the issue over customers being disconnected was wrong and should not have occurred. It also notes that the issue is an historic one and has now been rectified.

“Optus has written to affected customers apologising for this error and offering compensation to customers that had been disconnected without sufficient notice. Optus has also established a revised set of migration processes for its cable customers that we believe will deliver customers the migration experience they expect,” a spokesperson said.

“Optus aims for a seamless experience for customers transitioning to NBN. However, during this process, we provided some customers with insufficient notice of their options to migrate and some customers were disconnected before they migrated to the NBN.

“In response to industry changes driven by the NBN, Optus is transforming its fixed business from being an infrastructure provider to a services reseller. In late 2016, we made the decision to proactively migrate customers off Optus’ cable network to the NBN as soon as an area becomes serviceable.”