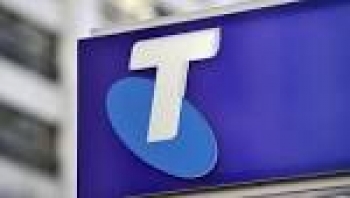 Telstra has been hit with a $10 million fine for signing up as many as 100,000 customers for ringtones, gaming and digital content without their knowledge.

The fine has been imposed by the Federal Court after the regulator, the Australian Competition and Consumer Commission, took Telstra to court for misleading customers and breaching the ASIC Act.

The Court on Thursday ordered Telstra to pay the penalties for making false or misleading representations to customers in relation to its third-party billing service known as Premium Direct Billing.

Telstra, Australia’s largest telco, admitted in Court that more than 100,000 customers may have been affected and committed to offer refunds to those customers.

The Court found that in 2015 and 2016, Telstra did not adequately inform customers it had set the Premium Direct Billing service as a default on their mobile accounts and, if customers accessed content through this service, even unintentionally, they were billed directly by Telstra.

“Telstra was aware that children were at risk of inadvertently subscribing on a family member’s phone. The $10 million penalty imposed by the Court recognises the seriousness of Telstra’s conduct. In the ACCC's view, such conduct falls below community expectations for appropriate corporate behaviour."

With resolution of the issue, Telstra has ceased operating the PDB service entirely and will refund customers affected by its actions.

And the telco says it has already paid $5 million in refunds.

“Telstra estimates it has provided refunds of at least $5 million, and will review any future complaints in light of this action and deal with those customers in good faith. The ACCC estimates further refunds may be in the order of several million dollars,” Sims said.

“The ACCC is now examining the third party billing services offered by other carriers and will not hesitate to take enforcement action if we believe they are breaching the law.”

The ACCC took the action on Telstra under a delegation of power from ASIC.

Sims says Telstra will assess complaints about the PDB service and provide refunds where it is apparent that the customer had signed up to PDB content without their knowledge or consent.

Telstra has also agreed to contact and offer refunds to affected customers it knows have already complained to the Telecommunications Industry Ombudsman or to Telstra directly about subscription charges under the PDB service but who have not already received a refund.

More in this category: « CA wants more changes to telecoms complaint handling rules Gold Coast now one of most digitally connected cities: Optus »
back to top