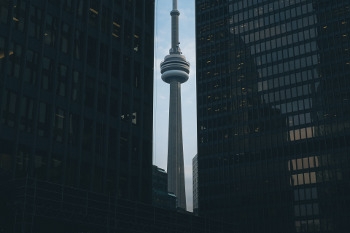 US President Donald Trump has issued an executive order blocking what could have been the biggest technology deal ever — the bid by Singapore-based Broadcom to acquire the US processor maker Qualcomm — over national security concerns.

The US has expressed national security concerns recently over Chinese telecommunications giant Huawei presence in the US market and this appears to have been a factor in the decision.

“The proposed takeover of Qualcomm by the Purchaser is prohibited, and any substantially equivalent merger, acquisition, or takeover, whether effected directly or indirectly, is also prohibited," the order issued by Trump on Monday said.

The Committee of Foreign Investment in the US, a panel that evaluates takeovers by foreign entities of US companies, had indicated earlier that it might recommend to Trump that he take this very action, according to a report in The Wall Street Journal.

Trump said he had made his decision based on a CFIUS review which had examined how Broadcom’s purchase of Qualcomm might affect 5G networks.

In a letter to the attorneys for the two companies on 5 March, the CFIUS said: "Given well-known US national security concerns about Huawei and other Chinese telecommunications companies, a shift to Chinese dominance in 5G would have substantial negative national security consequences for the United States."

THE CFIUS told attorneys for the two companies on Sunday that Broadcom had gone against its orders in the bid to purchase Qualcomm.

It appears that the CFIUS had told Broadcom that it would have provide five business days notice before it did anything that materially changed the deal. Broadcom had applied to redomicile its business in the US, an act that would have put it out of the purview of the CFIUS, but did not give the panel the required notice.

And following this, Verizon was reported to have yielded to pressure from the US Government to stop selling Huawei devices.

In February, US intelligence chiefs warned against the use of Huawei equipment, with the head of the FBI, Christopher Wray, telling a US Senate hearing: “We’re deeply concerned about the risks of allowing any company or entity that is beholden to foreign governments that don’t share our values to gain positions of power inside our telecommunications networks."