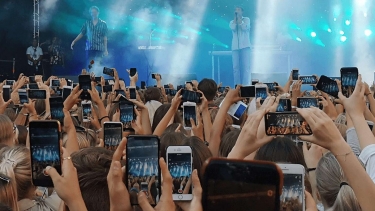 The global number of 5G subscriptions is forecast to top 2.6 billion within the next six years, driven by sustained momentum and a rapidly developing 5G ecosystem.

The forecast by Swedish telecommunications equipment maker Ericsson is included in the November 2019 edition of the Ericsson Mobility Report.

The report shows that the average monthly data-traffic-per-smartphone is forecast to increase from the current figure of 7.2 GB to 24 GB by the end of 2025 - in part driven by new consumer behaviour, such as Virtual Reality (VR) streaming.

The report also projects that 5G will cover up to 65% of the global population by the end of 2025, and handle 45% of global mobile data traffic.

Noting that 2019 is the year leading communications service providers in Asia, Australia, Europe, Middle East, and North America switched on their 5G networks, Ericsson says that South Korea has already seen a big 5G uptake since its April 2019 launch - with more than three million subscriptions collectively recorded by the country’s service providers by the end of September 2019.

China’s launch of 5G in late October has also led to an update of the estimated 5G subscriptions for year-end 2019, from 10 million to 13 million, the report notes.

Fredrik Jejdling, Executive Vice President and Head of Networks, Ericsson, says: “It is encouraging to see that 5G now has broad support from almost all device makers”.

“In 2020, 5G-compatible devices will enter the volume market, which will scale up 5G adoption. The question is no longer if, but how quickly we can convert use cases into relevant applications for consumers and enterprises. With 4G remaining a strong connectivity enabler in many parts of the world, modernising networks is also key to this technological change we’re going through.”

Ericsson says that, given its current momentum, 5G subscription uptake is expected to be significantly faster than that of LTE.

The most rapid uptake is expected in North America with 74% of mobile subscriptions in the region forecast to be 5G by the end of 2025, and North East Asia is expected to follow at 56%, with Europe at 55%.

Other forecasts by Ericsson include:

Ericsson also reports that year-on-year traffic growth for the third quarter of 2019 was high at 68%, driven by the growing number of smartphone subscriptions in India, the increased monthly data traffic per smartphone in China, better device capabilities, an increase in data-intensive content, and more affordable data plans.