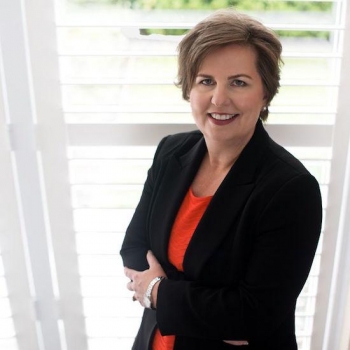 Automation can be used as a stopgap to remove productivity bottlenecks and, more strategically, to reinvent processes.

The digital transformation wave is continuing to break across most industries, organisations are getting better at handling their data, and they are hitting a productivity plateau – after offshoring and industrialising processes, they need to find new ways to improve their competitiveness.

A related issue, she said, is that there are jobs that people are increasingly reluctant to do, as in the case of Woodside Petroleum's experimental use of a NASA Robonaut.

Avanade's research has found that business leaders are concerned that their organisations will start to lose relevance within a few years if they don't adopt intelligent automation.

But despite those improvements in data management, data is still one of the biggest challenges to adoption, suggested Adam-Gedge. It is not enough to merely apply fresh technology to existing data, so the area is "very much a work in progress." Organisations should be thinking in terms of "big insights" rather than "big data.

Pegasystems vice-president of robotics Francis Carden has a somewhat different view. He sees robotic automation as "tactically strategic" in the sense that it allows existing processes to be streamlined as a stopgap until they can be reengineered.

Customers are demanding "modern" interactions with organisations, and "you can't do that with all this legacy (software)", he told iTWire.

But what you can do is look for the frequently performed, time-consuming manual tasks required by legacy software and automate those. For example, a customer or employee onboarding process that involves multiple systems can be made much faster through the use of automation.

Such projects can be carried out very quickly as a stopgap, while new software is implemented on the Pegasystems platform. This approach is being used by the company's customers in the banking, financial services and healthcare sectors, Carden said, adding that Pegasystems' local customers include Telstra, Westpac and ANZ Bank.

Companies using dozens of applications won't be able to compete with those using newer and more streamlined systems, he suggested.

For example, a chatbot built using this sort of technology can work, but it doesn't learn in the way an AI-based bot does. However, such projects have very quick time to value and so are "truly as tactical as it gets".

Apart from any other considerations, legacy systems are becoming increasingly expensive to run, so organisations need to declare them end-of-life. But they need to bridge where they are to where they want to be.

"A large number of Pegasystems customers are doing robotics" and the technology is providing a pipeline of new customers, he said.

He doesn't recommend this approach for customer-facing systems. Established organisations face competition from new companies with low costs, that are "personable," and offer a good user experience (think in terms of some of the newer insurance companies). Robots don't change the experience enough, he said, so it is better to move to modern software more quickly.

People are realising that we are approaching a point where big improvements can be made quickly by replacing legacy software, Carden said. But for now, large numbers of applications have been deployed to fill the gaps in old-fashioned monolithic systems, and that provides plenty of opportunities to gain value through automation.

Robotics "has got to be part of something else", he said, "we're interested in customers who want strategic change".

Growing awareness of machine learning will lead to increased attention being paid to data, said Adam-Gedge.

There are also organisational issues, so leadership skills are important. In particular, employees may be "culturally hesitant" about the introduction of automation, with concerns about whether such systems will eliminate jobs, and whether they will actually work in the specific circumstances.

An "HR bot" might be good for handling many routine inquiries such as questions about the annual leave policy, leaving staff to concentrate on issues around the employee experience, wellbeing and wellness.

Or a smart augmented reality system may improve the likelihood that field service staff will be able to fix faults immediately.

Carden seemed sceptical about suggestions that automation would merely free staff to do the more interesting tasks. Saving time will normally mean fewer staff, he said, unless there's a lot of work that's simply not being done at present. (Another possibility is that the improvement in productivity will lead to extra business, providing more work for the employees. But since that's unlikely to happen overnight, it seems probable that some will be retrenched and then other people hired as business picks up.)

Adam-Gedge also pointed to the way "machines are able to do things we never could do", such as using sensor data to drive predictive maintenance programmes that have the potential to save millions of dollars by extending the useful life of assets.

A recent survey of organisational leaders found that more than half of the respondents regard automation as a way of augmenting rather than replacing people, she noted.

But just because it is possible to do something, that doesn't mean you should. This is an "extraordinarily hot issue", she said. Technologists need to understand what is possible in regulatory as well as technical terms, and consider the position of stakeholders with regard to what they are trying to achieve with automation, and what is legal and ethical.

Organisations are spending more time considering such issues, said Adam-Gedge, and are "no longer just giving a set of requirements to a technologist".

Setting the right boundaries makes it possible to seek the benefits of automation while avoiding its bad side.

More in this category: « Call for Adobe to open source Flash spec Nearly 60% of large corporates want to rock the blockchain »
back to top