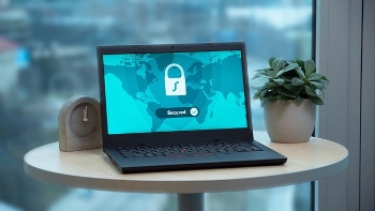 Image by Dan Nelson from Pixabay

Melbourne-based global tech firm Cocoon Data has filed a statement of claim in the NSW Supreme Court, alleging that Macquarie Telecom copied one of its products and provided wrong information to government customers about product upgrades which could have resulted in leaving the agencies open to online attack. Macquarie denies the claim.

The product in question, known as Safe Share, allows users to share files on an encrypted cloud-based platform.

The statement of claim was filed on 22 September and Macquarie has 28 days from that date to file its defence, failing which the court could enter judgment without any further notice.

Contacted for comment, Cocoon chief executive Trent Telford said: "There are many reasons we have decided to pursue this action.

"The pleadings filed in the Supreme Court of NSW clearly articulate the allegations made against Macquarie Telecom in detail; but at the primary level, we believe Macquarie Telecom failed to encourage their customers to upgrade to the latest versions of our product. Further, they took a strategic decision to swap out our product for something Macquarie Telecom created, and pass it off as merely 'Sigbox Version 2'.

"The wholesale loss of Federal Government agency business was a surprise to us, and the catalyst for these proceedings.

"The proceedings have been issued to exercise the company's rights under the agreement between the parties and we await an outcome in accordance with the court procedure. "

A Macquarie Telecom spokesperson told iTWire: "Macquarie denies the claims made against it by Cocoon Data Australia Pty Ltd, a former vendor. These claims and assertions are entirely without merit, and we will be filing a defence in the proceedings shortly.

"We have not built a competing product; instead, we are reselling an alternative product from another vendor. This offering relates to a minor file storage product.

"As this is a matter now before the courts, we will make no further comment at this time."

The statement of claim, which is publicly available, claims Macquarie violated the terms of a deal to resell the Safe Share security platform and then created a duplicate version which it said was an incremental upgrade.

The two companies entered into a contract in 2015. This allowed Macquarie to sell Safe Share to government agencies under the name SigBox. Cocoon was known as Covata at the time. The agreement did not prevent Cocoon from selling Safe Share to clients who were not in Macquarie's portfolio.

The deal included the following conditions:

Under the deal, Macquarie was required to retain trademarks for Covata and Safe Share on its marketing material for SigBox. It was also required to carry out software upgrades that were produced by Covata. The statement of claim alleges that neither of these functions were satisfied.

The claim alleges that Macquarie told its clients that SigBox was approaching its end of life in November 2019 and that an upgraded product would replace it.

In 2019, it is claimed Telford and Tudehope held a meeting after which Macquarie asked for a three-year renewal of the reseller deal.

The company is said to have made this contingent on being provided all additional features and developments that were in Covata's roadmap and sought by clients so that it would be able to explain why costs for the upgraded version had risen.

The statement says Telford provided Macquarie with the information it sought and also a detailed product roadmap. But Macquarie is then claimed to have backed away from entering into a new agreement.

The statement of claim says that from about August 2018, Macquarie had started developing what it called Sig Box2, which was claimed to have all the functionality of Safe Share plus additional user administration and reporting functions.

From August 2019 onwards, Macquarie is claimed to have approached its customers to enter into new service agreements for the Sig Box2 product.

Cocoon claims that these actions breached the terms of the reseller agreement and that these breaches had caused it loss and damages.

More in this category: « UK conferencing firm Babl sets up office in Melbourne Juniper improves care, productivity and security with Okta »
Share News tips for the iTWire Journalists? Your tip will be anonymous