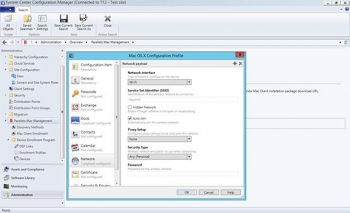 A key feature of the new version is that — like JAMF — it supports Apple's Device Enrolment Program (DEP).

With DEP, a Mac purchased directly from Apple or though a participating authorised reseller can be registered as being owned by an organisation. When it is first switched on and connected to the Internet, it connects to an Apple server which recognises it as an enrolled device and directs it to the relevant configuration server which loads the required software and settings onto the device.

"Today's businesses are OS agnostic, and managing both Mac and PC using different tools can be challenging, so it is crucial that we make it as simple and easy to use as possible for IT admins," said Parallels president Jack Zubarev.

"Supporting Apple DEP continues to show our ability at Parallels to cater to both sides of the OS world between Microsoft and Apple, further bringing them together."

Parallels Mac Management 5.0 costs US$30 per Mac per year.

More in this category: « Licence optimisation: $2 billion could be saved Public preview of SQL Server for Linux released »
BACK TO HOME PAGE
back to top