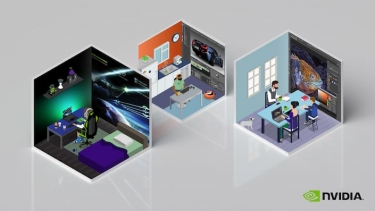 “To ensure the needs of business leaders are met, Suse and Nvidia have worked to simplify the use of Nvidia virtual GPUs in Suse Linux Enterprise Server. These efforts modernise the IT infrastructure and accelerate AI and ML workloads to enhance high-performance and time-sensitive workloads for Suse customers everywhere.” 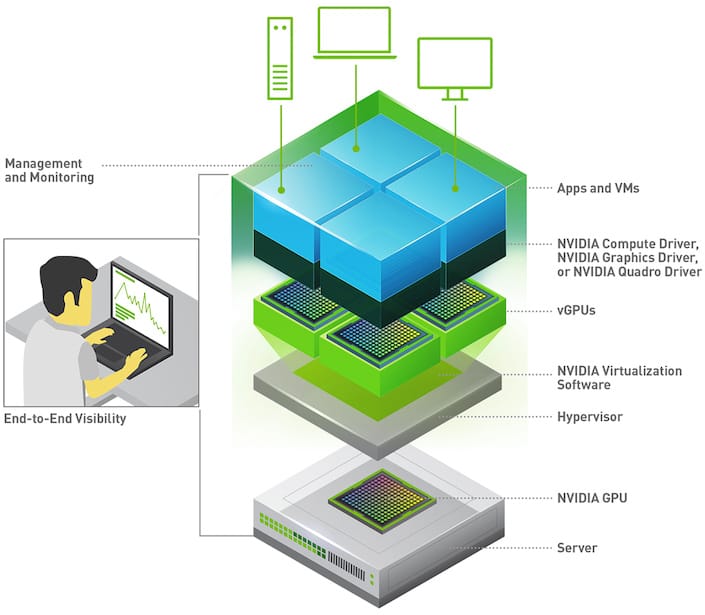 GPU-enabled VMs are now supported by vSphere 7's Distributed Resource Scheduler. The 'assignable hardware' feature allows a VM to be automatically placed on a host that has exactly the right GPU and profile available before powering the VM on. This also works when a VM fails over under vSphere High Availability.

The new capability means new VMs can be deployed in a few minutes instead of requiring a manual process that could take hours.

vGPU July 2020 adds 120Hz VSync support at resolutions up to 4K, making it possible to deliver an even smoother VR or AR experience across 5G and Wi-Fi networks to the extent that it is indistinguishable from native tethered configurations.

Other improvements include a better user experience and manageability for demanding workloads such as Omniverse AEC Experience for realtime photorealistic rendering of architectural and engineering models; provision for the host and guest vGPU software to be different versions, simplifying upgrades; and the ability to manage vGPU powered VMs with the latest release of VMware vRealize Operations.

“In a centralised computing environment with virtualised GPU technology, users no longer have to be tied to their physical workstations," said Jon Peddie Research/Cadalyst analyst Alex Herrera.

"As proven recently through remote work companies can turn on a dime, enabling anywhere/anytime access to big data without compromising on performance.”

More in this category: « Red Cross picks Boomi for integration Business software providers hit by impact of COVID-19, says ABSIA »
BACK TO HOME PAGE
back to top