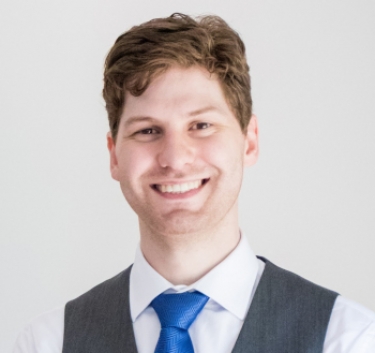 Tom Graham: "Quest has a history of making its products available through all of the major banks (the big four and others)." Supplied

Quest Payments, an Australian-owned and Melbourne-based technology provider, has received approval from the payments regulator Australian Payments Network (AusPayNet) for its Tap-to-Phone payments solution, Airpay TAP, which was launched in October last year.

The company claimed in a statement that its solution was the first of its kind to be offered in Australia. Airpay TAP allows the use of any modern Android smartphone to accept contactless card payments by using an app.

Quest Payments head of Product Innovation, Tom Graham, told iTWire that at the moment Airpay POS could be used with either Quest or NAB as the acquirer.

"The app is available for use with a Bluetooth reader that we manufacturer with Quest as the acquirer (that is to say, Quest is operating as the merchant's bank). We are in the process of re-branding 'Airpay' to 'Airpay POS',"he said.

"A merchant will always have an acquirer (a bank) that collects funds on their behalf, before 'settling' those funds into the merchant's business bank account. Quest has a history of making its products available through all of the major banks (the big four and others)," he added.

Graham said Airpay POS could operate using one of Quest's Bluetooth readers today, either using Quest or NAB as the acquirer. "It also has the capability to use Airpay TAP, but it will likely be a few more weeks before any acquirers are actively offering this capability.

"AusPayNet is a major milestone in terms of regulation, but there are still a lot of contractual items that need to be ticked off in order for a bank to offer the capability to its merchants."

He said Airpay TAP used NFC and the customer would have to present a card on the rear of the Android device.

"Airpay TAP will be available inside the Airpay POS app soon, as an alternative to a traditional Bluetooth reader, but in order for that to happen we'll need one of the big banks to operate as the merchant's acquirer," Graham added.

Quest chief executive Jan Mason said: “I’m immensely proud of our in-house innovation team who have once again developed world-leading home-grown technology that has the ability to significantly improve the day-to-day operations of businesses of all sizes. This solution facilitates fast, flexible and convenient payments processing Australian consumers are after.

“Quest has gone to great lengths to provide a level of security on par with that of a traditional payment terminal, enabling protection at all points through the transaction process, while also ensuring the mobile device maintains a constant level of integrity.

"AusPayNet’s evaluation process is globally renown and respected, and to receive this approval is a strong endorsement of the design and in-built security of Airpay TAP.”

Airpay TAP will be available on NFC-enabled Android devices only, including all major Android phone manufacturers including Samsung, Google, LG, HTC, Sony, Huawei, Xiaomi and OnePlus.