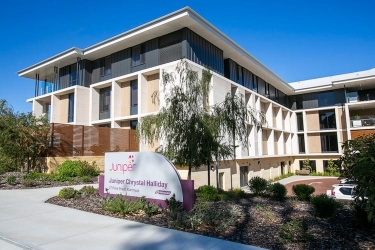 Digital transformation at Juniper Aged Care resulted in various business stakeholders setting up their own applications whether on premises or in the cloud (PaaS or SaaS).

Among the consequences were individuals being burdened with multiple digital identities, confusion caused by varying password complexity rules, and so on. In addition, it meant the IT department wasn't able to reset passwords when necessary.

So ICT manager Dan Beeston implemented Okta SSO (single sign on) so that each individual only needed one credential. Furthermore, the ability to create new identities within the system with role-based access control means the IT department could regain control without having to take on additional staff.

Some legacy integrations have been re-engineered, for example by replacing SQL injections with API access.

And in the last 18 months, an important criterion for any new products was that they work natively with Okta.

The project was "a great success story," Beeston told iTWire.

The next phase is to get the remaining applications working with Okta. Juniper has had some success persuading vendors to adopt OAuth 2.0. Being prescriptive about security is encouraging vendors addressing the aged care sector to take it seriously, he said.

Beeston has instituted mandatory account management meetings with vendors, initially quarterly but now on an as-needed basis to ensure they know what Juniper expects in this area, including support for multi-factor authentication. He is also working with his industry peers to present a united front aimed at encouraging vendors "to lift their game in the aged care sector."

A particular concern of his is vendors that seem to be wedded to the fat client model rather than offering mobile friendly and portal friendly interfaces, so he has put them on notice that they need to change their ways.

Juniper is an early adopter of Okta Gateway, which allows it to provide a cloud-like experience with on-premises applications.

While an earlier attempt to introduce a BYOD policy did not gain favour, the use of Okta will make BYOD easier to implement if that approach is adopted down the track.

So far there are five applications in the portal, and another 15 in the queue to be added.

The COVID-19-driven demand for videoconferencing was met by choosing a system that worked natively with Okta so that it could be easily added to the portal with meeting IDs created by IT.

"We were able to be very responsive," said Beeston, and that resulted in "an unforeseen win."

Other benefits include a general tightening of security around shadow IT, and the ability to deliver training to new hires while they were still in quarantine before actually starting work. Beeston sees an opportunity to move the industry to training posture similar to that used by large retailers where new recruits undergo training before their first shift.

As Juniper is a not-for-profit, it does not look to labour savings or cost reductions as a way of justifying the use of Okta (or other) products. Rather, the concern is to make it possible for staff to meet the real goals of their positions.

On the IT side, an HR business analyst was spending a lot of time on operational tasks such as creating accounts and setting up passwords. Using Okta has freed her for activities such as defining role-based access to various systems, and that will result in further time savings.

For Juniper's actual business of caring for people, staff have tablets running the Okta app to simplify access to a range of systems and procedures such as hazard reporting.

This has several advantages. Data is captured immediately rather than waiting until the person next uses a computer. It's not just more timely, it's more complete and more accurate as there is less chance for details to be forgotten.

It also means carers and nurses can spend more time with residents, as administration work is no longer limited to offices.

Last, but not least, there are no queues for computers at the end of shift, which often meant people were working after their shifts had officially ended.

As one nurse told Beeston, "it's great – now I can go home on time. I can work while I'm with the residents."

These benefits aren't merely theoretical. Capturing data "at the point of care, when it happens" has resulted in improved quality and care indicators, he said.

And that's just the start. Beeston has just hired a business intelligence analyst as part of a 12 month project to use the data to drive business outcomes by using it to predict changes in care quality and if necessary to re-evaluate care plans.

"It's been hard," he said of the journey so far, as a lot of remediation has been involved. But now Juniper's IT is at a stage where he can look for possible improvements.

"We don't have to be laggards [in IT] any more," he added, and there are opportunities to improve efficiency and to free people around the business from administration work so they can concentrate more on their real purpose.