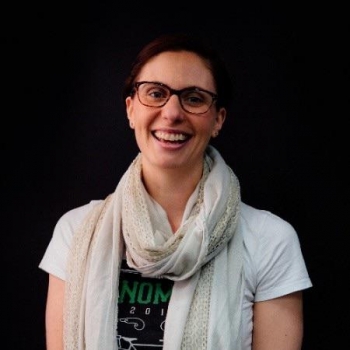 Melbourne-based online wine merchant Vinomofo has expanded its operations to New Zealand and Singapore, and now employs 120 people at  its Melbourne head office.

Like other companies, Vinomofo has been working to replace gut-based or anecdotal decisions with data-driven decisions. However, this cannot be realistically achieved by throwing people at the problem, and in any case, being an online-only business the company is inclined to apply technology to solve problems.

In the early years of the company, the focus was on marketing and customers, so technology was applied to the front-end, wine-related aspects. There was a subsequent realisation that back-end issues, especially reporting, required attention.

It is important to have real-time data in order to make an impact, and you need facts to make changes. Otherwise, how do you know there really is an issue that deserves an investment in time and other resources?

Lack of reporting had led to a lack of accountability, because it wasn't possible to tell whether someone was doing a good job or not. With the help of Oracle WMS (warehouse management system), Vinomofo has, over the last two years, increasingly moved to data-driven decisions.

Some workplace culture issues did arise during the project, as some people were "hiding" behind lack of data, she said. So as usual, the people part of the change process was important. You need to explain to people how they will benefit from the changes, and consultation is necessary at every stage.

A key problem was that the company needed to be confident about the accuracy and visibility of data such as stock levels. WMS filled the bill, as well as complying with Vinomofo's cloud-only policy. "There's not many that fit the bill." and WMS is best in class,Diez-Simson said, as well as requiring a smaller upfront investment than alternatives.

Vinomofo's WMS adoption started shortly before Oracle acquired LogFire, the original developer of software. That acquisition was beneficial for Vinomofo, said Diez-Simson, as the product is now supported locally rather than from Bangalore, and this speeds resolution of any issues.

"The benefits have been so evident and so tangible," she told iTWire. For example, stock accuracy and picking speed both improved to the point where the company could offer same-day dispatch.

Once WMS had been bedded down, the next job was to find a new delivery partner, and Vinomofo went with Australia Post. Customers' expectations are improving, so getting logistics right is important, she observed.

The company is also trying to improve the unboxing experience, as this is very important, especially for new customers. "We're working very hard to make that a 'wow!' moment," she said. However, customers also want things like recyclable packaging, so it's not a simple task.

WMS is the only Oracle product used by Vinomofo. The company wanted to futureproof this aspect of its operations, so it set out everything it might want to do, and WMS filled the bill.

For example, a new click and collect service from the Melbourne warehouse was up and running just three weeks after the decision to proceed with it.

Other plans include allowing customers to "mix your own cases," and Diez-Simson noted that when Vinomofo opens a warehouse in Sydney, the IT side would be taken care of simply by telling WMS to "turn on another warehouse".

She says it is important to recruit someone to 'own' the system. WMS is a very important platform and a company needs to maximise the benefits it can deliver.

Only three other employees use WMS directly on a day-to-day basis, those in charge of receiving, picking, and mixing. Just one of them had previous warehouse experience, but they were all up to speed very quickly thanks to WMS. Six other employees use the system indirectly, for example when using barcode scanners.

This ease of use is important because those 10 people are augmented with casual staff during Vinomofo's peak season (October to December), and also if needed to handle a particularly large production run.

The increasing use of dashboards and KPIs has extended to the warehouse, including the display of picking rates achieved and the target for the day. Diez-Simson says it is important that teams are part of the goal-setting process, as imposed goals aren't necessarily motivating. So pick rate targets weren't set for the first 18 months of the new system, giving time to establish realistic goals. There are also occupational health and safety issues involved, as a case of wine isn't a lightweight item. Tracking activities in this way also helps the company to determine individuals' particular strengths, and then then allocate tasks accordingly.

WMS is integrated with Vinomofo's website (for order processing), Australia Post's delivery system, and Xero (for financials, including purchase orders and receiving). The company does not yet require an enterprise-grade financial system, she said.

If IT staff and managers want to keep their CFOs happy, Diez-Simson's advice is simply to "work with them." A collaborative, team-based approach is essential, she says, especially when making changes. Taking an "it's my project" stance doesn't help achieve buy-in from other teams: "that collaborative approach is key."

Disclosure: The writer attended Oracle OpenWorld Asia as a guest of the company.