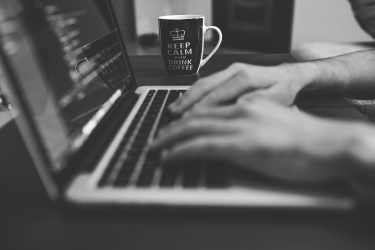 Software developers are finding their productivity and wellbeing has been hit as a result of COVID-19, according to a new worldwide study led by the University of Adelaide’s School of Computer Science in collaboration with Dalhousie University in Canada.

But according to the study, employers shouldn’t make decisions, such as to promote or lay off software developers based on productivity during the pandemic.

“Many developers began working from home, often at short notice and under difficult and stressful conditions, as COVID-19 swept across the world,” says Dr Sebastian Baltes, from the University of Adelaide’s School of Computer Science, who led the study together with Associate Professor Paul Ralph from Dalhousie University in Canada.

“We received 2225 responses to our survey from software professionals working in 53 countries who have been affected by the sudden and unforeseen change in work practices.

“Participants assessed their wellbeing and productivity before and while working from home.”

The study found that:

The team of researchers from around the world, including Associate Professor Burak Turhan and Associate Professor Rashina Hoda from Monash University’s Faculty of Information Technology, made the survey available in 12 languages, distributed it globally, and examined the data collected between 27 March and 14 April 2020.

“As one of the largest surveys of software professionals and, to the best of our knowledge, the only one that specifically looks at COVID-19, we hope that these survey results serve as an opportunity for organisations to place an importance on the wellbeing and productivity of their team,” said Associate Professor Burak Turhan.

In a statement issued on Wednesday, the University of Adelaide says software developers are employed directly in many industries as well as through agencies, and in 2018 it was estimated that there were 23.9 million software developers in the world.

And in Australia there were 121,300 workers employed as software engineers or related functions, of which 14.6% were female, and the contribution of digital technologies to the Australian economy is expected to reach $139 billion this year, corresponding to 7% of Australia's GDP.

“Prior to this survey little was known about working from home during major crises,” says Dr Baltes.

The researchers say they are urging organisations to step in and support software professionals.

“Employers who expect productivity levels to remain at pre-pandemic levels are being unrealistic. Pressuring them to maintain productivity will only make matters worse,” says Dr Baltes.

The research findings were submitted to the journal Empirical Software Engineering  with a preprint available on arXiv.

More in this category: « Zoom buys Keybase to offer end-to-end encrypted service Application software companies face a ‘tough year’ in face of COVID-19 pandemic »
BACK TO HOME PAGE
back to top