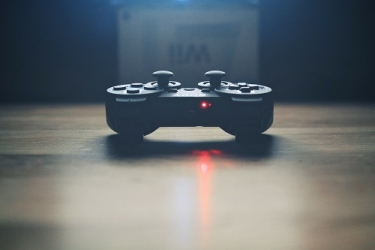 Minister for Superannuation, Financial Service and the Digital Economy Senator, Jane Hume has announced a Digital Economy Package for the video game industry, which is deemed to be “the most significant federal tax incentive to be implemented anywhere in the world.” The new funding will give Australian studios support to take on new projects and drive growth.

A new Digital Economy Package will include a refundable tax offset for a video game development, announced PM and Minister for Superannuation, Financial Service and the Digital Economy Senator, Hon Jane Hume. The announcement was also heralded by the Interactive Games and Entertainment Association (IGEA).

This new policy is not only Australia’s first ever federal tax incentive for video game development, but it is one of the most significant to be implemented anywhere in the world.

Ron Curry, IGEA CEO, welcomes the announcement. “We congratulate Hon Jane Hume and the Minister for the Arts Hon Paul Fletcher for recognising not only that video games have an important place alongside TV and film in Australian screen production and storytelling, but also their unparalleled potential for supercharging Australia’s exports, attracting vast inward investment, and up-skilling a whole new generation of Australian digital workers”, Curry notes.

“It will spur the creation of brand-new Australian game development studios, give existing Australian studios the support they need to take on ambitious new projects and accelerate their growth, plus attract further blockbuster AAA studios to Australia, all of which will create game development jobs in every state.”

“This new federal investment will underpin a new wave of Australian video game development, leading to even more amazing Australian-made games to take to the almost US$250 billion global video games market—which is arguably the largest entertainment market in the world—and bring new Australian voices and stories to a truly global audience”, continues Curry.

Roger Clarke, chair of IGEA and MD of Koch Media, says: “It is clear from today’s decision that the Morrison Government has noticed how innovative and successful Australia’s game developers are, as evidenced by standout titles like Big Ant Studio’s AO Tennis 2 and SMG Studio’s Moving Out, to the amazing local independent studios like Mighty Kingdom and Hipster Whale who are exporting their games and services around the world, as well as the investment being poured into the Australian economy by international studios such as Sledgehammer Games, Gameloft, Wargaming, and Firemonkeys.”

IGEA says it looks “forward to working with the Morrison Government on arrangements for the implementation of the tax offset, and working with our members and the entire local and international video games industry to make Australia the best place in the world to make video games.”

More in this category: « Juniper Networks unveils security director cloud IT execs share the best pieces of advice Mum gave them and its impact in honour of Mother’s Day 2021 »
Share News tips for the iTWire Journalists? Your tip will be anonymous