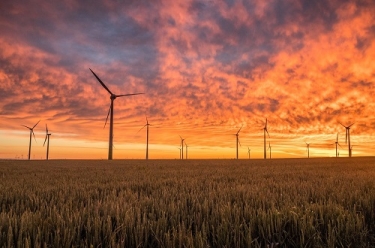 In a new report, Greenpeace acknowledges that Telstra emerges first among companies using renewables. The report is also urging other telcos to switch to renewable energy.

Telecommunications firm Telstra takes the top spot in a new ranking by Greenpeace Australia Pacific that reveals which Australian telcos, data centres, and tech companies are moving ahead in the race to renewables, and which companies are still behind.

The fact sheet, Solar streaming: who’s leading the telco, tech and IT race to renewables? found that Telstra, which is said to be Australia’s 14th biggest electricity user overall, leads the ranking with a commitment to 100% renewable electricity by 2025.

Telstra was followed by TPG Telecom, which owns brands such as Vodafone and iiNet, and has also vowed to be 100% renewable by 2025. Optus, Australia’s second largest telco, is missing in action, with no renewable electricity target to date.

“As this new ranking reveals, some Australian telcos and tech companies, such as Telstra and TPG Telecom, are on a super-fast stream to clean energy. But some of the local tech industry is still buffering, with big players such as Optus and NextDC yet to say yes to a 100% renewable electricity target,” she says.

Soutar adds: “Telco, tech, and data centre companies use vast amounts of electricity, and emissions from the sector are escalating along with Australians' insatiable appetite for internet services. Telcos and IT services consume approximately 4% of Australia’s electricity—this is equivalent to 580,000 homes, more than all the homes in Adelaide.”

“The good news is that 98% of the reported carbon emissions of telcos and data centre companies comes from electricity, which means most of these companies can cut a massive swathe through their carbon pollution—simply by switching from coal power to 100% clean electricity,” she suggests.

Trent Czinner, TPG Telecom Group executive, legal and external affairs, says that making the switch to renewables was a logical move for his company.

"We made the move to be powered by 100% renewable electricity because it is the right thing to do, and to meet the growing expectations of our customers, employees and the wider community. We are very proud to be on this journey to be a more sustainable business,” he says.

The Greenpeace Australia Pacific fact sheet also looked at emerging trends in the Australian telco industry. Green, renewable-powered telcos are a growing force in the Australian market, with new polling showing that majority of Australians (59.8%) would be more likely to purchase a mobile plan from a telco powered by clean energy.

Lindsay Soutar graded the overall report card for Australian telcos and IT services as “improving, but could do better.”

“Australian data centres in particular are a growing source of greenhouse gas emissions. Of the data centre companies, Global Switch is leading with a commitment to 100% renewable electricity—however, NextDC and Equinix still need to set hard timelines for the renewable energy transition and Fujitsu’s target year of 2050 is woefully inadequate,” she concludes.

Greenpeace is now calling on Optus to dial in to the telco race to renewables and commit to 100% renewable electricity by 2025, and to sign up to the global RE100 initiative.

More in this category: « Mobile gaming market projected to be worth US$272 billion by 2030 AttackIQ teams up with VMware to boost customers’ network security controls »
Share News tips for the iTWire Journalists? Your tip will be anonymous