Intel strikes back with 11th-gen Rocket Lake S processors, but is it enough? 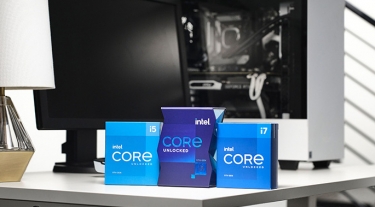 Intel's 14nm Rocket Lake-S processors, in an era where AMD is at 7nm and smartphone processors are at 5nm, are Intel's newest 11th-gen processors, led by its flagship Intel Core i9-11900K, with Intel not having released an i9 range until AMD's challenge a few years ago.

Intel is a great example of why competition matters. For most of the 2010s, it released new generations of Core i-Series processors with what were more or less incremental improvements on a year-by-year basis, even if it is obvious that a 2021 processor is much better than one from 5 or 10 year ago.

Intel has been shamed by AMD's processor leadership and dominance over the past few years, so much so that Intel was forced to release a Core i9 series processor to compete, something Intel had never bothered to do in the decade or so before that.

Intel is also under threat from Apple's M1 series CPU, which even in its first generation (followed by a decade of development in making iPhone and iPad processors) seriously outclasses Intel's processors in being able to run at performance levels even in a fanless system.

My Intel Core i3-powered 2020 MacBook Air's fans loved to turn on when not running Apple's own apps, and especially during Zoom video calls, while my M1-powered late 2020 MacBook Air is entirely fanless, aside from having legions of fans that love what Apple has done to well over DOUBLE battery life while running most Intel-compiled apps with the Rosetta 2 translation engine better and faster than Intel processors can natively - and again without the fan needing to spin up.

Intel's Atom was an attempt at this, and if Intel didn't abandon Atom tech years ago, it might have figured out how to have the Intel version of an M1 processor by now, even as Qualcomm's ARM processors nip (surprisngly toothless) at Intel's heels, unlike Apple's M1 which goes for Intel's jugular, even as the M1 will be the slowest and weakest desktop-class processor ever makes, and it's only up from here.

These kinds of developments would ordinarily be death blows, but Intel still powers the majority of the world's computers, and the company certainly isn't dead yet, and while it still makes 14nm processors, as AMD has 7nm and the A14, Snapdragon 888 and Kirin 9000 are 5nm, we live in a world where, at least for now, 14nm is still acceptable.

So, what does Intel have to say about its new 11th-gen Core S-Series processors, code named Rocket Lake-S, as opposed to Bottom-of-the-Lake where many critics think Intel is headed?

The company says its 11th-gen Core S series delivers "unmatched overclocking" and "game performance", with its flagship Intel Core i9-11900K able to reach speeds of "up to" 5.3Ghz with Intel's "Thermal Velocity Boost", promising "even more performance to gamers and PC enthusiasts."

We're told this processor is "engineered on the new Cypress Cove architecture" and is "designed to transform hardware and software efficiency and increase raw gaming performance​."

We're also informed the new architecture "brings up to 19% gen-over-gen instructions per cycle (IPC) improvement for the highest frequency cores and adds Intel® UHD graphics featuring the Intel Xe graphics architecture for rich media and intelligent graphics capabilities. That matters because games and most applications continue to depend on high-frequency cores to drive high frame rates and low latency."

Thus, this new processor is "designed to game", with Intel boasting its processor "continues to push desktop gaming performance to the limits and deliver the most amazing immersive experiences for players everywhere."

At the top of the stack is the 11th Gen Intel Core i9-11900K, which is presumably one of the most expensive consumer desktop processors ever made, which Intel says features "unmatched performance with up to 5.3 gigahertz, eight cores, 16 threads and 16 megabytes of Intel Smart Cache. The unlocked 11th Gen Intel Core desktop processor supports fast memory speeds with DDR4-3200 to help enable smooth gameplay and seamless multitasking on this platform."

Improvements in this generation include:

Media and Streaming Features for Days:

More in this category: « AMD gets down to business with Ryzen PRO 5000 series mobile processors with Zen 3 power Trans-Tasman survey reveals businesses 'optimistic that COVID-19 job losses won’t be repeated in 2021' »
Share News tips for the iTWire Journalists? Your tip will be anonymous