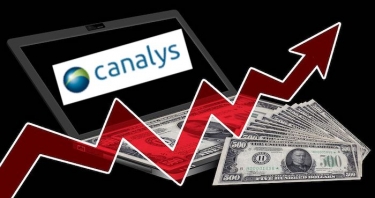 The latest data from Canalys shows continued strength in the worldwide PC market in the first quarter of 2021, with shipments of desktops and notebooks, including workstations, up 55% year on year.

Though this growth rate was buoyed by a weak Q1 2020, Canalys says "total shipments of 82.7 million units is still impressive, and the highest Q1 shipment number since 2012.

"Backlogs on orders from 2020, particularly for notebooks, were a key driver, though new demand is also a factor as smaller businesses begin their recoveries. Shipments of notebooks and mobile workstations increased 79% year on year to reach 67.8 million units."

Meanwhile, desktops "improved slightly at the start of 2021 after a string of poor quarters in 2020, with the level of shipment decline easing. Shipments of desktop and desktop workstations fell 5% year on year to 14.8 million units."

The figures seem to line up very nicely with those from IDC, as reported at iTWire. 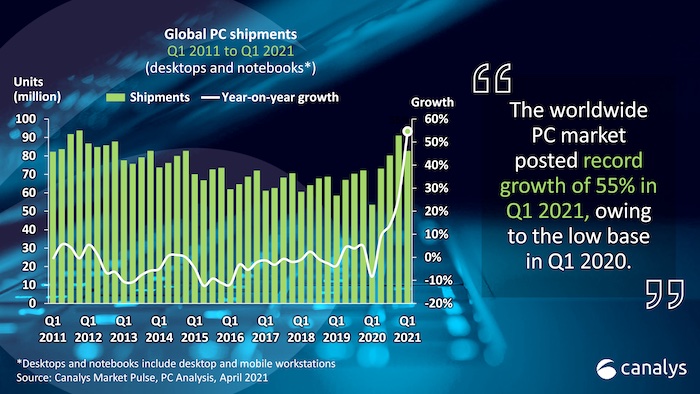 "Lenovo maintained pole position in the PC market, securing a 25% market share and posting year-on-year growth of 61%, with shipments of 20.4 million units. HP, spurred by strong Chromebook shipments, came second with total shipments of 19.2 million units, a 64% increase on Q1 2020.

"Dell lost market share against Q4, but took third place in the rankings, growing shipments 23% year on year to hit 12.9 million units. Apple and Acer made up the rest of the top five, shipping 6.6 million and 5.7 million units to enjoy the highest and second-highest annual growth respectively.

“The supply chain issue plaguing the industry is a good problem to have,” said Rushabh Doshi, Canalys Research Director.

“As average prices rise due to the scarcity of internal hardware, innovation in design is triggering long-term changes to the way PC vendors approach supply and demand. Chipmakers, too, are now bullish about personal computing, and have increased their planned future investments to capitalise on the long-term opportunity. While the pandemic is not over just yet, there is light at the end of the tunnel. This is also spurring SMB investment in computing, which halted abruptly in 2020.” 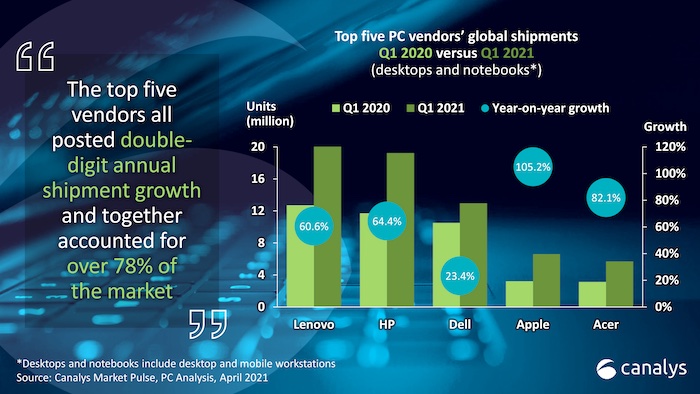 “Despite the concerted efforts of the supply chain to ramp up production, Canalys expects the PC market to be supply-constrained for most of this year,” said Ishan Dutt, Canalys Analyst.

“Adding to this, the potential for more black swan events to create even more disruption and uncertainty looms large. The hindering effect of shortages on countries’ economic revivals should be a wake-up call for governments to increase investment in semiconductor manufacturing.”

The company notes that tablets, both slates and detachables, "are not addressed in this media release", and that "Chromebooks are included as a subset of notebooks."

More in this category: « FULL VIDEO: Australia expected to be predominantly cashless by 2024 as use of digital payments explodes Epson EcoTank Printers win 'Best of the Best' of the Red Dot Award for Product Design 2021 »
Share News tips for the iTWire Journalists? Your tip will be anonymous