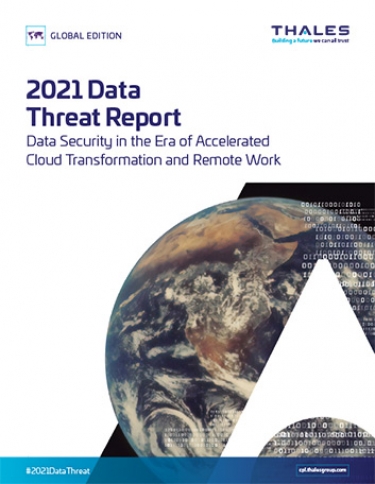 The latest data threat report from Thales shows an alarming 57% of A/NZ organisations have avoided making a mandatory breach report, among a range of other startling revelations.

- That only 23% of organisations in Australia and New Zealand (ANZ) have complete knowledge of where their data is stored
- 64% of ANZ organisations have been breached in the past, and amongst those 47% had it happen in the last year
- In the past 12 months, half of ANZ businesses surveyed have failed a compliance audit
- 57% of organisations in ANZ were able to avoid a breach notification process because the stolen or leaked data was anonymised using encryption or tokenisation

Thales say that while the pandemic and remote working have driven cloud investments and tighter security strategies, most businesses across ANZ still show concerning data vulnerabilities. In fact, only 23% in ANZ have a complete knowledge of where their data is stored, and only only 25% can fully classify all their data.

Those are a few of the key insights from the 2021 Thales Global Data Threat Report, a commissioned study conducted by 451 Research, which surveyed 2,600 executives with responsibility for, or influence over, IT and data security across the globe.

One third of respondents were from the APAC region – including 152 executives across ANZ – thus offering valuable insights into the security pressures experienced in the region as a result of the pandemic.

Thales conclude that local data shows that vulnerabilities are rising, mostly driven by more complex cloud environments and infrastructures. Human error and insider threats remain high on the list of threats too, but more organisations are prioritising encryption, tokenisation and Zero Trust approaches to increase their defence.

Attacks on the rise

It further shows that 51% of organisations in ANZ have failed a compliance audit in the last 12 months.

They explain that the threat landscape is ever changing, organisations in ANZ are increasingly seeing a rise in attacks, with malware and ransomware amongst the most frequent offenders.

Internal threats and human error are also still of great concern with a third of all the businesses surveyed stating are the greatest risks to them, followed by external attackers.

Security a main concern – and priority for businesses

The report shows that 55% of organisations in ANZ have seen an increase in the volume, severity, and/or scope of cyber-attacks in the past 12 months. Most organisations also admitted they are concerned about the security risks and threats of employees working remotely.

Interestingly, 57% of organisations were able to avoid a breach notification process because the stolen or leaked data was anonymised using encryption or tokenisation.

46% of APAC respondents agreed that it is more complex to manage privacy and data protection regulations in a cloud environment than in on-premises networks within their organisation.

Worryingly, only 30% of APAC respondents said that 41-50% of the sensitive data stored in cloud is encrypted, and only 17% stated that over 50% is encrypted.

Future challenges and securing the road ahead

46% of APAC respondents selected Zero Trust network access or software-defined perimeter technologies as their leading technology to deploy. Cloud-based access was the second most important access technology, selected by 41% of respondents.

Encryption was selected by 67% of APAC respondents as their preferred tool to secure sensitive data in cloud. Key management ranked second (58%), while tokenization of data was chosen by 52%.

The lack of higher levels of encryption use may be due to the complexity of managing it across the full infrastructure. Respondents indicated that this was already complex, with 38% saying that they have five to seven key management solutions in place.

"It is concerning that a large number of organisations still don’t know where all their data is stored or are failing compliance audits, in particular as those are just the first step to achieving effective cyber protection. This is why embedded security through data anonymisation and Zero Trust strategies need to be prioritised if we want to future proof our digitised economy, guarantee privacy, and in the process avoid costly cyber incidents and data breach remediations”.

Eric Hanselman, Chief Analyst at 451 Research, added: “The native controls and protections available in cloud environments address a set of necessary capabilities, but they’re often insufficient to deliver effective protections for sensitive data and workloads, especially when it comes to compliance with regulations such as GDPR and the implications of the Schrems II ruling.

"Organisations need to increase their use of encryption and ensure they take full advantage of encryption’s benefits by controlling the secrets that protect their data through BYOK (Bring Your Own Key), HYOK (Hold Your Own Key) or BYOE (Bring Your Own Encryption) approaches. Organisations also need to make internal changes to ensure that personnel at all levels understand the security challenges and to properly align investment priorities. Senior executives need to obtain a more complete understanding of the levels of risk and attack activity that their front-line staff are experiencing.”

Thales and 451 Research will discuss the findings in more detail during its upcoming Crypto Summit on 16 June 2021.

More in this category: « The SASE revolution - When network and security converge at Edge DCI Data Centre purchases land in New Zealand to build new data centre »
Share News tips for the iTWire Journalists? Your tip will be anonymous