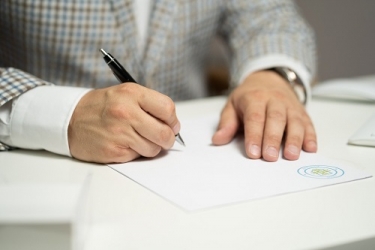 Puppet has entered into an agreement with Arrow Electronics to continue its investment in the Australia and New Zealand region through channel relationships.

The infrastructure automation company helps enterprises modernise, manage, and bring into compliance hybrid infrastructure through continuous automation. Puppet has partnered with some of the largest organisations in Australia and New Zealand spanning verticals like financial services, education, government and telecommunications. Current customers include ANZ Bank and Monash University.

According to the updated Cyber Security Strategy 2020, businesses will be required to comply with new minimum standards of cybersecurity set by industry and potentially enforced by a regulator, under a Federal Government plan to strengthen the nation's defences against cybercrime.

The legislative and regulatory framework is expected to adopt and leverage recognised ISO and/ or IEC Standards as baseline requirements for organisations.

David Hayes, Puppet head of business development, APAC, says that “the pressure to act fast while remaining secure and compliant at cost is a significant concern for organisations today, especially those who exist I highly regulated environments or are dealing with a complex set of compliance needs.”

“By prioritising information technology, we believe there is a real opportunity for more organisations in Australia and New Zealand to scale more efficiently, accelerate revenue growth, remain compliant to avoid fines, and mitigate security risk through their current workforce.”

The company, Hayes says, is excited about the agreement with Arrow, “which will maximise this opportunity and accelerate our growth across the region.”

The relationship with Arrow is aligned with Puppet’s plan to bring on “additional channel partners across ANZ and the rest of the APJ region, in addition to bolstering its channel team in the coming months.”

Arrow’s cloud management platform, ArrowSphere, removes “complexity in the IT buying process by connecting these technologies with thousands of channel partners and millions of end-users through an extensive cloud catalogue and consumption management capabilities.”

More in this category: « VicTrack taps Juniper Networks to boost its network and infrastructure OSF Digital launches in Australia, New Zealand and APAC through Adept Group acquisition »
Share News tips for the iTWire Journalists? Your tip will be anonymous