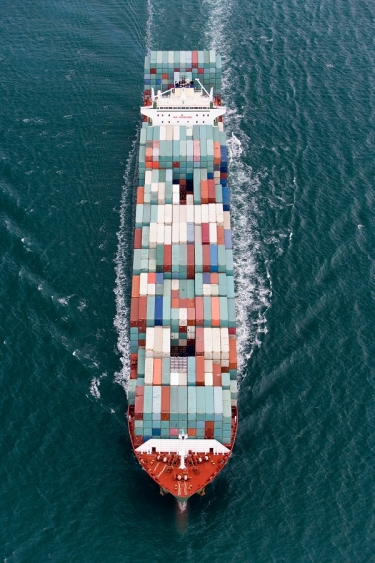 Patrick Terminals can now combine the agility and economics of the cloud with security, compliance, and performance of on-premises IT by deploying HPE GreenLake and HPE compute, storage, networking, and services.

It sought HPE to address its aging IT infrastructure, which was showing signs of increased failure rates.

Patrick Terminals adds there was need for additional capacity to keep pace with the dynamic nature of the shipping yard and industry as container terminals operate 24-hours a day, with any latency or downtime in the data centres can cause harm to business operations.

The company’s private cloud needs to manage all the information coming in from shipping lines, exporters, importers, and industry regulators.

According to Patrick Terminals, their data is fed in real-time and its automation systems then perform all the necessary calculations to direct the equipment in the terminal yard.

These data computations must be nearly instantaneous, which require on-site compute power to avoid latency and delays.

“It [HPE GreenLake] gives us all the advantages of the cloud but with our systems on-premises,” he says.

Patrick Terminals head of infrastructure Kevin Windsor is pleased how the cloud platform helps with the business demands as they emerge, whether it’s ensuring compliance, improving labour systems, or enabling greater automation.

“Running our private cloud as a service is a major business advantage. We can use additional capacity when it’s required and only pay for what we use, providing us with more flexibility to support the business and manage costs efficiently, without the delay of lengthy purchase or leasing procurement processes,” Windsor adds.

“This total HPE solution demonstrates the flexibility of the HPE GreenLake cloud services portfolio and its ability to deliver innovation and modernisation for our customers. It means that Patrick Terminals has full control, backed by HPE expertise and support,” notes HPE South Pacific director for enterprise and public sector Chris Weber.

Patrick Terminals also collaborated with HPE Australia’s partner, Vectec, to transition to an as service model via HPE GreenLake.

“We’re pleased to work with Patrick Terminals and deliver a HPE GreenLake solution that meets their compliance, security and transformation needs and is scalable for when these needs inevitably change,” concludes Vectec director Michael Murphy.

More in this category: « Part 2: IT execs share the best pieces of advice Dad gave them and its impact in honour of Father's Day 2021 Deliverect expands in Australia »
Share News tips for the iTWire Journalists? Your tip will be anonymous