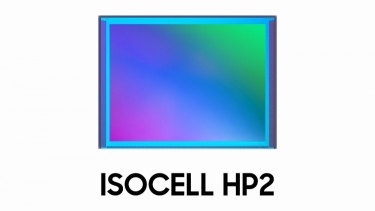 When in low-lit environments, the sensor transforms either into a 1.2μm 50MP or 2.4μm 12.5MP image sensor by binding four to 16 neighbouring pixels. For fuller 8K video, approximately at 33MP, the HP2 switches to 1.2μm 50MP mode to minimise cropping and capture more of the scene.

Filming 8K at 30 frames-per-second (fps), a wide field of view along with bigger pixel size can produce sharp cinematic videos.

In a photo diode within each pixel, a voltage transfer gate is placed on the bottom to transport electrons from the pixels to the logic layer. D-VTG adds a second transfer gate in the pixel, boosting the pixel’s capacity by more than 33%.

In low-lit settings, the HP2’s auto-focusing is taken to the next level with Super QPD, which allows the sensor to use all its 200-million pixels for focusing agents.

The ample amount of focusing agents are grouped by four adjacent pixels to recognize both horizontal and vertical pattern changes that delivers faster and more accurate auto-focusing.

Utilising the rich pattern data along with the sheer number of reference points, the new sensor is capable of fast auto-focusing, even in a dimly lit environment.

For HDR performance, Samsung introduces the DSG feature for the first time in 50MP mode which applies two separate conversion values to the analogue signal received at the pixel level.

In addition, the Smart-ISO Pro, an HDR solution that merges different levels of ISO readouts from a single exposure, allows the camera to take 12.5MP images and 4K at 60fps video in HDR.

This first appeared in the subscription newsletter CommsWire on 20 January 2023.