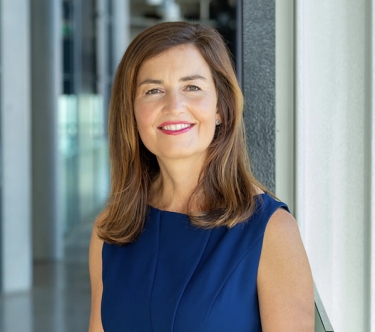 The answer to gender equality is not only hiring more women, says author, coach, speaker and corporate advisor, Danielle Dobson, it’s breaking the gender code with those already on your team.

This International Women’s Day (8 March 2021), Danielle Dobson is out to help organisations understand how to create more gender equality at work.

By breaking the Gender Code.

So, what is the Gender Code?

Danielle explains the Gender Code is "that set of default beliefs we all recognise about the ‘natural’ differences between men and women that keep the genders firmly in different boxes: placing women as carers and men as providers. These beliefs create pressures and expectation gaps for both genders which limit our potential."

“While so many organisations have great intentions when it comes to gender equality in the workplace, we’re not going to see real change until we truly unlock the gender stereotypes which are holding women back at work and in life,” says Danielle.

“Our corporate hierarchies are also designed with men in mind, so it’s no wonder women find it harder to thrive in these structures and have to work twice as hard.”

Danielle explains further that "there is compelling evidence of the need to bring more women into leadership roles in organisations across the world.

"It’s not only the right thing to do, it’s the smart thing to do. And most leaders are convinced of the business case imperative. Yet despite increased investment in D&I and efforts to address the gender inequities in organisations, the lack of women in business persists, and especially in leadership positions and seniority pipelines.

"Unless we break the Gender Code, women will continue to be stymied in their careers and business will continue to fail in attracting women into leadership positions: “With so much upheaval in our organisations and work lives over the last 12 months, we’re actually in a time which is ideal for creating real change. The rule book has gone out the window, and now’s the time for organisations to rethink gender equality,” says Danielle.

As you can imagine, Danielle says she "loves working with businesses to identify the organisational change they need in order to level the playing field, and is happy to help businesses take the first steps toward creating a more equal environment for all genders."

Naturally, Danielle Dobson invites you to find out more about how your business can take on gender equality and break the Gender Code, with details here.

Links to all of iTWire's other International Women's Day 2021 content is here.

More in this category: « Kate Toon, Businesswoman of the Year 2020, talks International Women’s Day Expert warns the 'super giants' of the Internet control the world economy »
Share News tips for the iTWire Journalists? Your tip will be anonymous