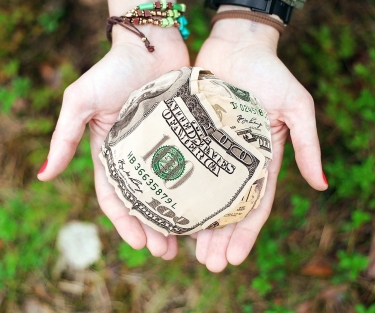 The launch comes after a HubSpot research revealed that nine over in 10 (95%) of Australian non-profits encounter barriers to growth. The research cited cobbled software and multiple sources of data and clouded source of truth as the driving force restricting growth.

Successful marketing is even more critical for non-profits than most other businesses as these strategies build awareness for the organisation’s cause and mission, drive donations, and attract volunteers and supporters.

As successful marketing is more critical for non-profits than most other businesses, Hubspot For Non-profits will also have a 40% discount on HubSpot’s software, as well as access to resources and support.

“This latest research shows that nearly three in ten Australian non-profits aren’t using a CRM. And of those organisations that do use a CRM, is the understanding of its purpose known? While the sector demonstrates some knowledge of the different benefits of a CRM, nearly half (45%) of NFP leaders don’t really understand its purpose, creating an obvious barrier to growth,” says HubSpot director of non-profits Julia Ford.

“Of those non-profits using a CRM, one of the biggest challenges they’re facing are ageing digital platforms that are both disparate and locked into legacy systems. Additionally, NFPs generally have smaller teams and access to fewer resources. Non-profit leaders are faced with the challenge of not just replacing these systems, but successfully supporting and enabling their team,” Ford adds.

“We know that technical solutions that leave the people who need to use them behind create more challenges than they solve. For non-profit teams, a focus on ongoing education and support, not just new products, is absolutely critical. The process of adoption matters as much as the solutions themselves,” continues Ford.

HubSpot’s integration partner, Fundraise Up, is an online donation platform for enterprise non-profits, and has worked with non-profits such as Mercy Ships Australia, Ronald McDonald House New Zealand, and Unicef Aotearoa.

It sees HubSpot as a valuable partner in generating revenue for charities and NGOs.

"We have optimised the online donation process for many of the world's leading nonprofits but that means nothing if there isn't a great place to manage all of that data and handle all of that donor communication. HubSpot does just that," Fundraise Up senior technology partner manager Wil Pope says.

“HubSpot has long invested in organisations that are actively providing meaningful impact, but we knew we could do more to support the unique needs of those organising, fundraising and driving change in our global communities. That’s why we launched HubSpot for Nonprofits, to help nonprofit customers grow better, run better and ultimately champion a better world,” concludes Ford.

More in this category: « Qualcomm and Renault see potential in software-connected vehicles Microsoft Azure dethrones AWS as preferred cloud service provider »
Share News tips for the iTWire Journalists? Your tip will be anonymous