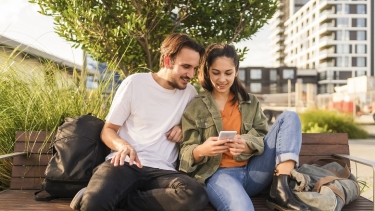 As part of the PayTo payer functionality, CBA customers will be able to manage one-off or recurring new PayTo payment agreements within the security of the CommBank App and NetBank.

Eligible customers include CBA retail and business clients who can access NetBank and/or the CommBank App and have a CBA bank account.

It may also reduce fraud, as each new digital PayTo payment agreement is authorised through secure banking platforms such as the CommBank App and NetBank.

The CBA has also completed a PayTo trial with its two business customers Telstra and The Shepherd Centre. It partnered with Paypa Plane to trial PayTo to each create and receive payments.

“The trial transactions we have undertaken with two of our business customers are proof of the benefits that could be on offer to the broader business community, and we look forward to working with our partners to make PayTo a force for positive change in the months and years ahead,” said CBA executive general manager payments Ethan Teas.

“The New Payments Platform Australia (NPPA), and in particular PayID and PayTo, creates the opportunity to build digital, safe, fast, and efficient payment experiences that delight and benefit our customers,” added Teas.

“Our customers want payments to be simple, safe and fast. They have busy lives and want clear visibility of any payments they have set-up, and the ability to make changes quickly and easily,” said Telstra finance executive Steven Fousekas.

“We hope PayTo will offer our supporters a new way to make donations in the future and we are excited to be one of the first charities in Australia, if not the first, to receive a donation via PayTo as part of CBA’s trial,” said The Shepherd Centre CEO Jim Hungerford.