Increasing demand for IT talent, but longer placement times Featured 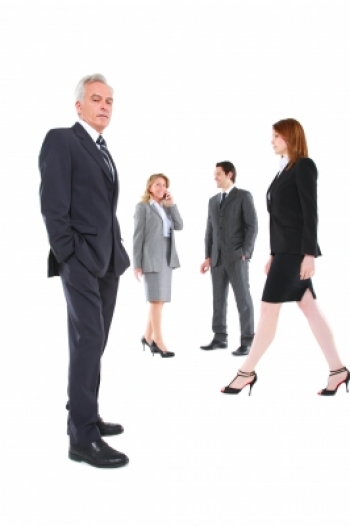 The ICT jobs market is heating up as demand for ICT professionals grows, but the increased competition for jobs means it now takes recruiters longer to place candidates.

In fact, the time it took to place contractors doubled in the last three months of 2014, as the search for quality ICT contractors intensified.

According to the Information Technology Contract and Recruitment Association’s (ITCRA) latest ICT Employment Trends Report, there’s also been a nationwide trend towards increasing numbers of contract placements over permanent positions.

ITCRA CEO Julie Mills says the competition for ICT contract over permanent roles is also being reflected in their remuneration, with multiples for contract against permanent (on an hourly rate) ranging from 1.3 to 2.2, with the latter the highest seen for some time.

Mills says contractor rates are traditionally higher, on paper, but this trend to multiples above 2 is a new trend.

The ITCRA report has been expanded to include an analysis of employment indicators from government and industry as well as the association’s own SkillsMatch and BurningGlass ICT recruitment data.

According to Mills, the ITCRA SkillsMatch data verifies other employment indices and provides a deeper insight into ICT employment – in particular contracting – and in her executive summary to the report, she says it appears that “the economy and labour market of Australia is softening; while in New Zealand the post-recession boost is stabilising.”

“The respective impact on ICT may be exacerbated by Australia’s focus on manufacturing and mining, compared to New Zealand’s focus on services—particularly education,” Mills cautions.

“It could be said that organisational attitudes have shifted, in that the Global Financial Crisis is no longer ‘on the radar’ and instead organisations are focusing on building newfound value rather than rebuilding.

“For employers, this translates into ICT being transformed from an operational or administrative function into a value-adding activity. For workers, this opens opportunities for those with demonstrated expertise in turning new technologies and approaches into profits.

“Recruiters should focus on probing clients on unspoken business needs so that important but unusual ICT requirements are clearly communicated in the recruitment process.”

In further remarks in the report, Mills observes that the market is “feeling optimistic, which is being reflected in strong job advertising growth, so it is not surprising that it is becoming increasingly competitive to place ICT contractors”.

“We are seeing a new boundaries in the challenge to engage with ICT contracting talent.

“Our latest report looks at the activity from October to December 2014. Usually this is not the most active time for the market due to the Christmas slowdown and contracts concluding - but the reverse has occurred, and this trend seems to be continuing if the early January reports are any indication.”

ITCRA’s report reveals that the number of days to place an ICT contractor in each state compared to the previous quarter was:

“The smaller states of ACT and South Australia saw the biggest increase in the number of days (43 days), while Victoria almost tripled the time it took to place contractors.

“It looks like Australia is becoming an ‘ICT contractors’ market again,” Mills suggests.

On the trend towards increasing numbers of contract placements over permanent positions, Mills further adds that “traditionally the ICT market has had an 80/20 split of advertised contract to permanent roles.”

“Our latest data shows this has shifted to an 87/13 split nationally, with Queensland and Western Australia reporting the lowest rate of advertised permanent roles (6% and 5% respectively). This data is reinforced by analysis from a national recruitment agency noting that ICT is a driving force in the contracting market,” Mills says.

In looking at the comparison of the Australian with the New Zealand ICT market, the ITCRA report found minimal change compared to previous quarters.

“Burning Glass data shows that their (NZ) market continues to favour candidates with higher tertiary qualifications 84.7% of roles requiring a Specialist, Bachelor or Honours Degree compared to 76.5% of roles in Australia.

“There has also been a slight drop in roles for candidates with more than seven years experience in New Zealand dropping from 13% to 11.8% of roles for the quarter. In contrast 13.7% of Australian roles called for such experience which is only marginally lower (14%) than last quarter.

“The trends and conclusions included in this report I believe are valuable not only to contracting and recruitment organisations but are an important discussion to initiate with hiring organisations seeking to understand the ICT employment and talent landscape.

“For contractors and candidates seeking roles there is valuable information to assist in mapping careers and understanding what is required of them in the current marketplace,” Mills advises.

Mills also lists key areas of note for this year for the ICT recruitment sector:

•    New Zealand is outperforming Australia both economically and in terms of employment, and the current pattern is expected to continue

•    Western Australia’s economic fortunes have suffered a general downturn as a result of the mining boom winding down; however this has translated into ICT roles shifting to be highly focused as contractor positions rather than a wholesale loss of ICT roles

•    Offering flexibility for ICT workers is popular for both permanent and contract ICT roles; however contractors are far less likely to gain other benefits
Read 12430 times

BACK TO HOME PAGE
Published in ITWire Marketing
Tagged under

More in this category: « ITCRA asks ‘Is your data a business liability?’ ITCRA webinars address HR issues, ‘language’ of flexible work »
Share News tips for the iTWire Journalists? Your tip will be anonymous