Dropbox brings Smart Sync and selective sync to all teams 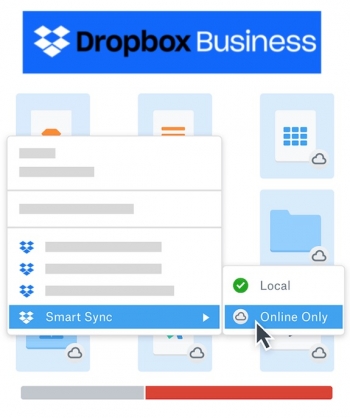 If managing tons of team data gives you that sinking feeling, then Dropbox's new Smart Sync and selective sync feature should leave you feeling a lot more buoyant.

Marren starts off by reminding us that "managing hard drive space is difficult enough when it’s just your own files", and that "when you start sharing data team-wide, though, that problem only gets worse".

She then poses the question on how our laptop's hard drives can "keep up with the terabytes and terabytes of data your team’s storing", and provides the answer: delivering to Dropbox Business users and admins "two features to help escape hard drive constraints: Smart Sync and team selective sync".

So, what are the details on these two features?

Let's start with "Dropbox Smart Sync", which is being billed as letting you "break free from your hard drive".

Marren reminds readers that "while your team’s Dropbox account can store everyone’s files, your computer’s hard drive probably isn’t up to the task. That’s where Dropbox Smart Sync comes in".

"With Smart Sync, you can see every file and folder stored in your Dropbox — whether it lives on your hard drive or in the cloud — right from your desktop. Previously available to Dropbox Professional users and Business teams through our early access programme, we’re now bringing Smart Sync to all Business users."

"Smart Sync lets team members keep all their work at their fingertips. When you need to access a file stored in the cloud, a quick double click will download it to your computer and open it up. Got a giant file or folder eating up gigabytes on your hard drive? Just right-click it, and select “Online Only” – you’ll easily get back loads of precious hard drive space. Plus, admins can choose whether or not new content will be stored on team members’ hard drives by default."

Supply chain consulting firm Maine Pointe had early access to Smart Sync, with Marren reporting they were one of several companies with such access to "consistently praise" the feature.

Maine Point's senior director of IT, Bryan Hallas, said: “Now, our executives can have all our company’s work at their fingertips at any time without support from IT, and the pace of on-site work has accelerated without having to think about bandwidth.”

Marren says that you can "adjust your team’s Smart Sync settings" by visiting the admin console.

So, what about the "team selective sync" feature?

Here, Marren tells admins that "getting new users access to the content they need is a top priority", and says that "while Smart Sync is ideal for most teams, some companies may want to additionally exclude certain large collections to streamline Dropbox deployment. To help admins better manage this data, we’re extending the power of selective sync with admin controls for team folders". 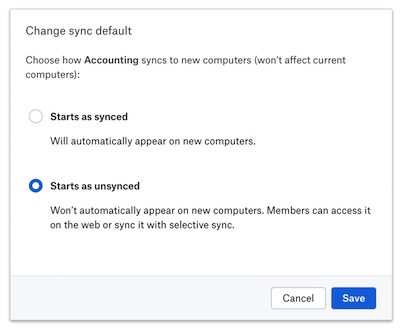 Marren continues, stating that "with our new team selective sync feature, available through our early access programme, admins can specify which team folders will be synced by default, providing": 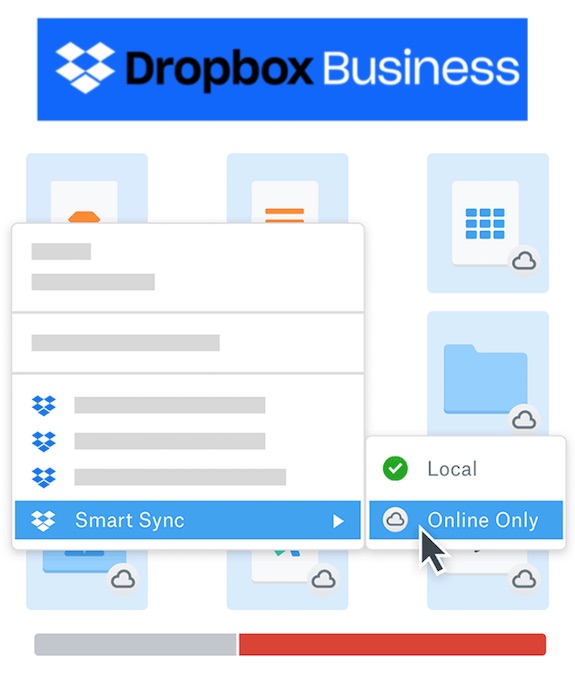