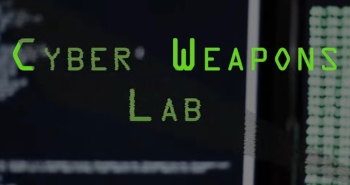 Google's video-sharing site YouTube has started to ban videos that show users how to get past software restrictions and provide instructions on information security.

One user, Kody, a self-described infosec researcher, writer and researcher who has created a YouTube series known as Cyber Weapons Lab, discovered the new restriction when he was contemplating uploading a video about launching fireworks over Wi-Fi to mark American Independence Day which falls on 4 July (5 July in Australia).

In a tweet thread, he said YouTube had given him a strike about an earlier video detailing the WPS-Pixie Wi-Fi vulnerability and he had been unable to even try uploading the fireworks video.

Just a clarification, we haven't even uploaded the firework video. We can't due to a strike on a video about the WPS-Pixie Wi-Fi vulnerability. YouTube has never seen the firework video and it is not why we got a strike.

"YouTube now bans: 'Instructional hacking and phishing: Showing users how to bypass secure computer systems'," he wrote in a tweet.

On its YouTube help pages, Google says that, "Content that aims to encourage dangerous or illegal activities that risk serious physical harm or death is not allowed on YouTube."

Google itself has a division known as Project Zero which releases details of software vulnerabilities after 90 days of notifying the vendor, no matter whether the bugs are fixed or not.

This has brought the company into conflict with Microsoft on occasion, with one recent spat pitting Google researcher Tavis Ormandy against security industry veteran Richard Bejtlich.

Prior to that, Microsoft and Google have exposed bugs in each other's software, seemingly resorting to tit-for-tat on occasion.

Kody added: "I'm worried for everyone that teaches about infosec and tries to fill in the gaps for people who are learning. It is hard, often boring, and expensive to learn cyber security."

More in this category: « New malware downloader spotted on Windows systems Kaspersky appears to be outing APTs in subscription service »
Share News tips for the iTWire Journalists? Your tip will be anonymous