With cybercrime on the rise, threatening your cyber stash of IP and funds, eclipse.xdr offers an answer 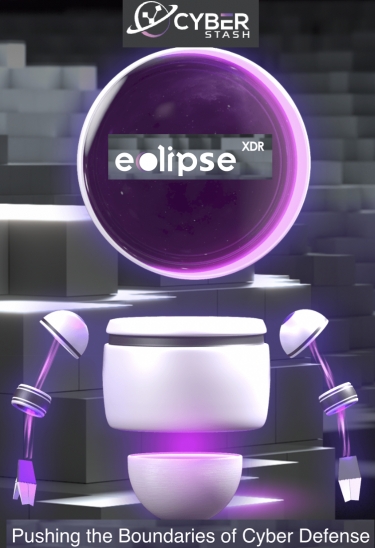 Promising to safeguard your business without the complexity, the CyberStash eclipse.xdr cyber defence system is a new platform to protect businesses from cyber attacks and minimise the likelihood of business impact.

Cyberstash. Founded by its CEO Loris Minassian, CyberStash’s eclipse.xdr is a cyber defence platform, helping organisations to operate with less exposure to cyber-attacks and reduces the likelihood of business impact by detecting breaches and containing them before it’s too late.

1. Reduces breach occurrence by significantly minimising business exposure to sources of threats and optimising your incident response capability.
2. Illuminates the threat before irreversible business impact by proactively hunting for compromised systems across your entire IT environment.
3. Establishes and maintains trust by validating post-breach clean-up to ensure all backdoors, malware and human adversaries are successfully removed from your systems.

What’s more, Minassian states eclipse.xdr “maintains its relevance and efficacy by progressively strengthening a company’s defences to provide an increasing level of assurance to its stakeholders. This ensures that the platform is designed to meet emerging threats where and how they arise and give businesses a stronger capacity to manage and minimise their risk.”

Explaining how this is done, Minassian says: “eclipse.xdr is a force multiplier. It enables your company to stave off a cyber-attack by a factor much greater than your ability without it. In other words, it gives you the protection you need against imminent cyber-attacks.”

After all, in a world where these attacks are going to happen, organisations need to be prepared. The dangers of cyberattacks don’t just stop at the loss of personal or company information. They can also cost businesses thousands, and sometimes even millions. In the worst-case scenario, a sophisticated or highly successful attack can put an organisation out of business.

Minassian continues, stating: “eclipse.xdr is different because we accept that we can’t possibly defend against every attack. Nobody can. That’s why eclipse.xdr is specifically designed to detect breaches in a timely manner. It leverages an independent process for detecting breaches and protecting your organisation against cyber-attacks that does not depend on prior knowledge of the threat itself. That’s how we reduce the risk and likelihood of irreversible business impact, ensuring that your business can continue into the future.”

So, what is some of the background on cybercrime in 2022?

Well, if you’re operating in the global economy, you’ll be aware of reports that cybercrime is on the rise. In fact, there has been a whopping 600% increase in cybercrime since the start of the COVID-19 pandemic. In most cases, attackers rarely pay attention to the size of an end-user organisation, and while targeted attacks that pay bigger dividends are on the increase, the current sophistication and proliferation of cyber-attacks mean that all companies are facing increasing levels of risk.

These disturbing facts mean that organisations must remain alert to the ever-present threat of cybercrime. Business owners and IT departments need to determine effective strategies for operating securely, knowing which security controls will reduce their exposure to cyber-attacks, and how they can establish and maintain shareholder and customer trust in IT systems. Thankfully, for Australian business owners, Minassian states “this is exactly why eclipse.xdr was created,” and adds “We can no longer depend on technology alone. Sound security practice requires an independent methodology for reducing exposure, detecting, and responding to breaches, and maintaining trust in the IT environment.”

Minassian continues: “This problem cannot be ignored. In 2021, record losses were attributed to cybercrimes amounting to more than $6.9 billion, up by a whopping 64% from the $4.2 billion loss of 2020. These cyber-attacks included intellectual property theft, zero-day vulnerability exploits, ransomware, and many other incredibly sophisticated online schemes. Considering the success of these crimes, it’s obvious that the organisations behind them will endeavour to become more innovative, making it difficult for business owners to do battle with the currently accepted and, frankly, outdated security controls.

“The collective challenge facing organisations today is that they’re hampered by limited resources, skill shortages, an expanding attack surface, an increasing amount of information to protect and a vast number of applications to support. To make matters worse, adversaries continue to outsmart even the most well-resourced security teams, resulting in an impossible situation whereby most organisations operate with a heightened level of risk and fail to grasp the threats they face.

“They simply don’t have the resources to run an effective security management program or build and manage complex security solutions. What organisations need are outcomes supported by solutions that provide immediate risk reduction while optimising resources and maintaining trust in their IT infrastructure.”

Minassian notes he isn’t the only one embracing this holistic methodology, pointing to experts like Deloitte who “agree that reviewing risks and gathering intelligence about those risks are the most important elements in combatting cybercrime.”

Tommy Viljoen, Partner of the Risk Advisory team at Deloitte, is quoted: “Most organisations put the castle walls up very high, but if they’re unaware of what’s being planned against them, they can’t adjust. They can only hope that their defences are adequate for the attack. Intelligence is the key.”

Minassian concludes: This holistic, independent, risk-based approach is precisely what eclipse.xdr is designed to deliver. It delivers the outcomes that organisations expect from a cyber security program while avoiding complexity.”

More in this category: « Greater Bank and SAS team up to combat fraud and money laundering Zscaler extends AWS relationship »
Share News tips for the iTWire Journalists? Your tip will be anonymous